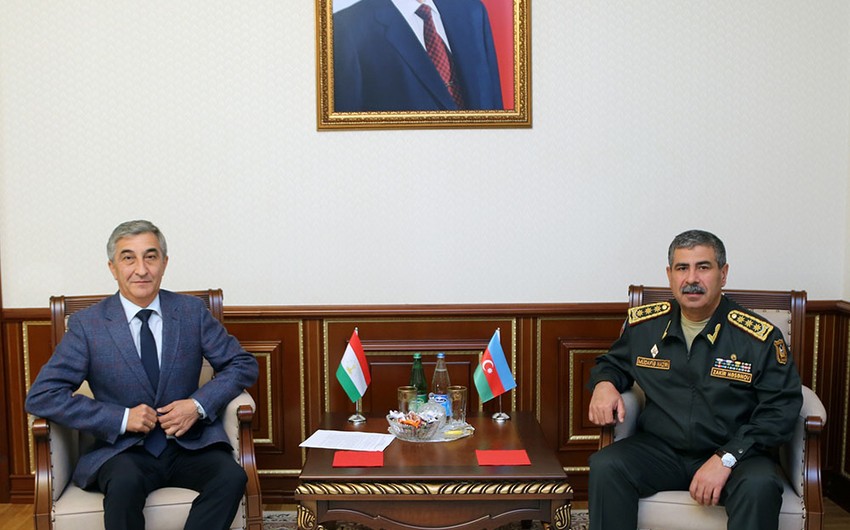 Having congratulated the Ambassador with the beginning of his diplomatic activity in our country, the minister wished him success in the expansion of military cooperation between Azerbaijan and Tajikistan.

During the meeting, the current state of bilateral relations, the prospects for military cooperation, particularly in the field of military education, were discussed, as well as an exchange of views on issues of regional security and defense was held.

The issues related to the forthcoming visit of the Azerbaijan’s Defense Minister to Tajikistan to participate in the regular meeting of the Council of Defense Ministers of the Commonwealth of Independent States (CIS), which will be held in Dushanbe, were also discussed.

Notably, the Council meeting will be held on October 12.