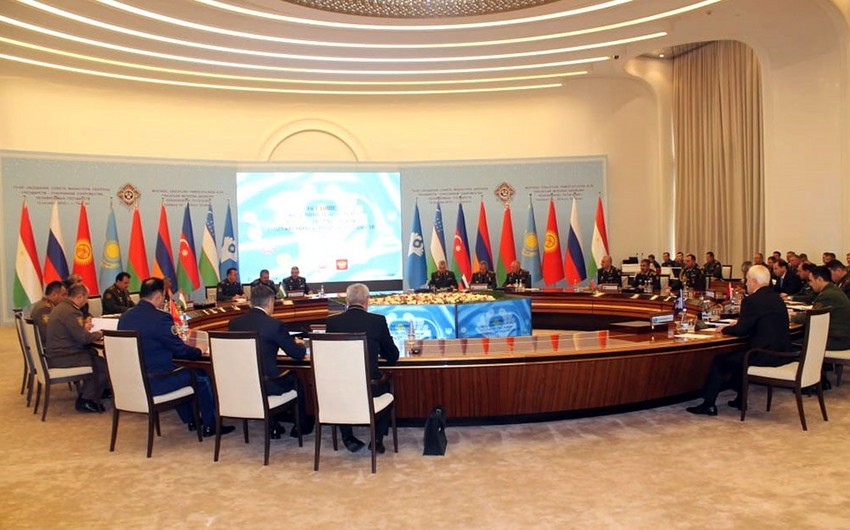 Baku. 12 October. REPORT.AZ/ Heads of the CIS military structures agreed on the fight against international terrorism and defined directions of development of joint military systems at the meeting of the Council of Defense Ministers held in Tashkent, Uzbekistan.

Report informs citing TASS the due information was provided by Russian Defense Minister Sergei Shoigu who spoke on the results of the meeting.

"The decisions taken by the Council will contribute to the development of cooperation in the field of defense and security. The situation in the Central Asian region were assessed and necessary measures were taken to combat international terrorism within the framework of our meeting," Shoigu said.

According to him, the members of the Council signed resolutions in the field of military aviation flights, topo- geodesic, meteorological and information security of the armed forces.

"The meeting of the Council members confirmed that our cooperation has a perspective for sustainable development. More than 50 different joint events are planned to be held next year," he said.

Notably, at the meeting Azerbaijan was represented by a delegation led by Defense Minister Zakir Hasanov.