Report was told in the press service of Azerbaijani Defense Ministry, in the meeting, held with participation of delegations, Defense Ministers emphasized sustainable development of military cooperation between the two countries, establishment of strategic partnership on the basis of friendship and brotherhood relations.

Parties held discussions on prospects of development of relations between Armed Forces of both countries, cooperation opportunities in military, military-technical and military education fields, holding of joint trainings as well as regional and mutual partnership. 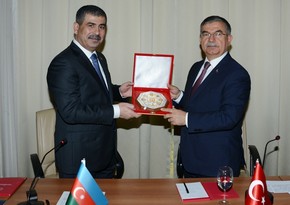