Ilham Aliyev: Nakhchivan will always be adequately protected The Nakhchivan Autonomous Republic has contributed a great deal to defending the borders of Azerbaijan and strengthening the military capacity of the country in general. 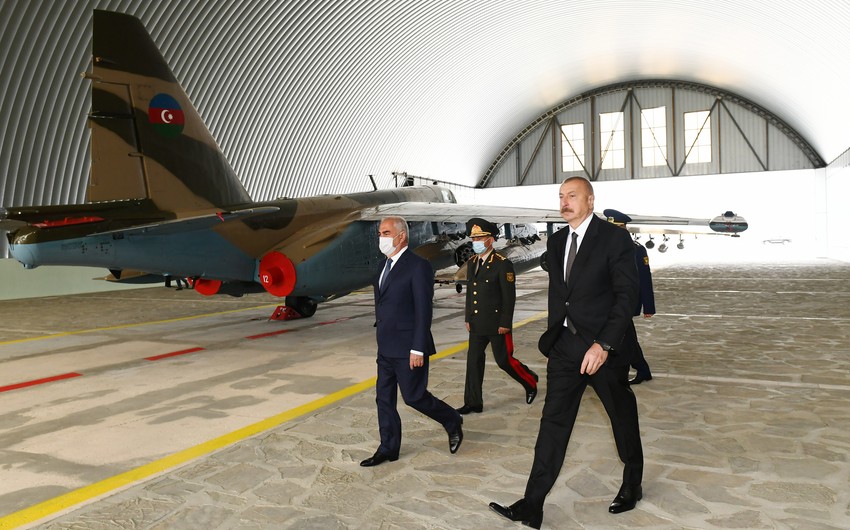 “As far as the Gunnut operation is concerned, as I said, we did not want to pedal the topic too much. But soon after that, journalists from the already overthrown Armenian government photographed our new posts, posted them on the Internet, shared them, which caused an outrage in Armenia. And then I said – why should we hide it? I told the Chairman of the Supreme Assembly of the Nakhchivan Autonomous Republic to publish this information and send a film crew there. The film crew went and saw those heights,” Azerbaijani President Ilham Aliyev said on May 10 in an interview with AzTV during his trip to the Nakhchivan Autonomous Republic, Report informs, citing .

We are now replenishing the stocks of those weapons, but it happened. Therefore, the Nakhchivan Autonomous Republic has contributed a great deal to defending the borders of our country and strengthening the military capacity of Azerbaijan in general. So Nakhchivan will always be adequately protected,” the head of state said.