Zakir Hasanov meets with new Ambassador of Ukraine to our country 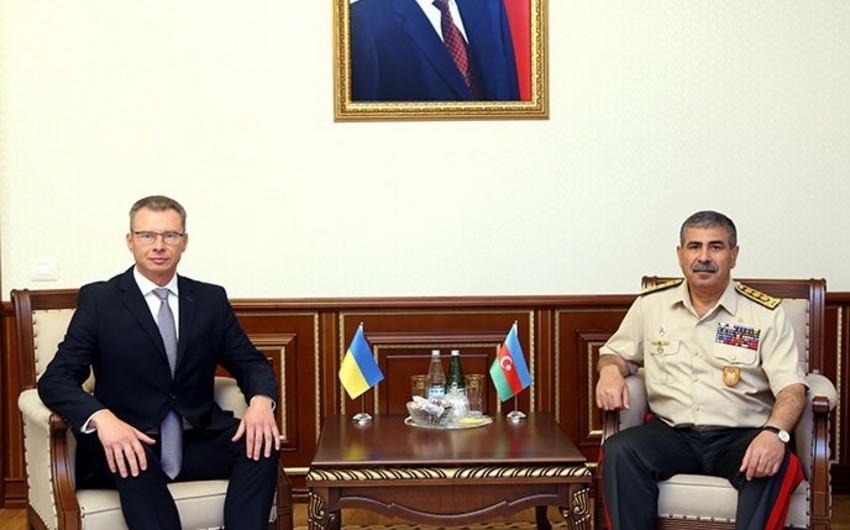 On July 18, the Minister of Defense of Azerbaijan Colonel General has met with the newly appointed Extraordinary and Plenipotentiary Ambassador of Ukraine to Azerbaijan, Vladislav Kanevsky, Report informs citing the Defense Ministry.

The Minister of Defense congratulated the Ambassador on the commencement of diplomatic activities in our country and wished him success in expanding cooperation between Azerbaijan and Ukraine.

The Minister of Defense noting that military cooperation between Azerbaijan and Ukraine is being held both in a bilateral format and within the framework of various programs of NATO, expressed hope that this cooperation will be continued.

The Ambassador expressed satisfaction with the beginning of diplomatic activity in our country and stressed that he would make every effort to develop Azerbaijani-Ukrainian relations, in particular, cooperation in the military fie