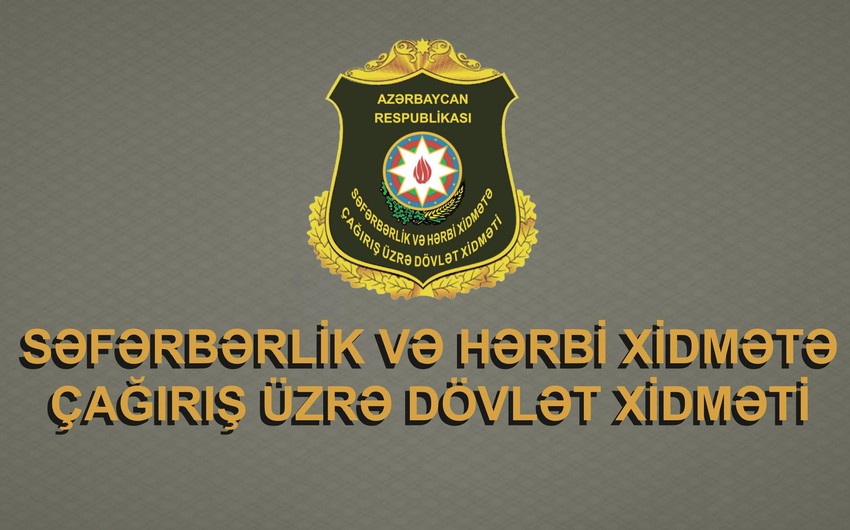 The conscripts who will be sent to active military service in October 2020 have been notified via SMS of their appointments to the place of location on the Armed Forces by the State Service for Mobilization and Conscription (SSMC) on September 25, Report says, citing State Service.

Besides, the citizens can specify the information about themselves by entering the required details on the type of military unit and troops in the sub-section of "Information about the active military service locations of conscripts" in the "Electronic Service "section of SSMC's official website (). It is also possible to get information about conscription to active military service by sending ID numbers of conscripts from mobile phones as a short message to 9100 (including series and numbers of new generation ID cards without space). This service is available for all users having the numbers relating to all mobile operators.