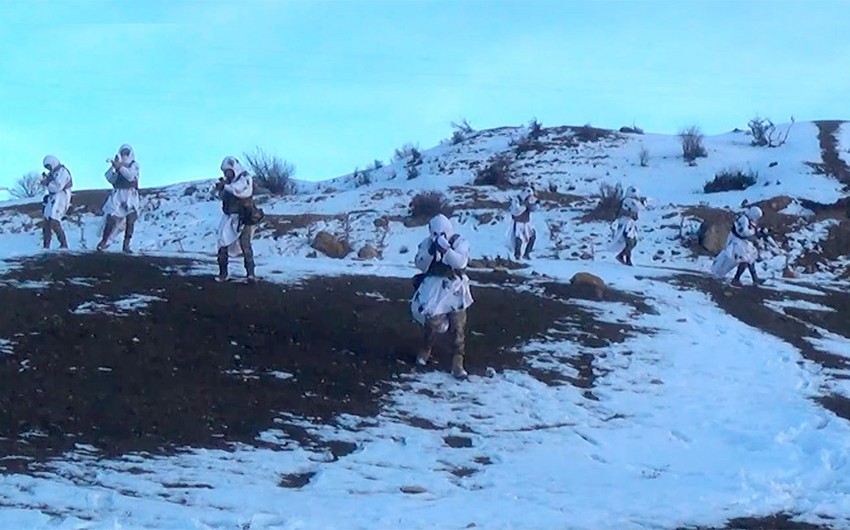 In line with a combat training plan of the Ground Forces, training sessions were held in a commando military unit, Report informs referring to the Azerbaijani Defense Ministry.

In keeping with the scenario of the military exercises, the commandos performed tactical movements, advancing on the basis of intelligence in the direction of a zone of the alleged sabotage by a reconnaissance and sabotage group of the imaginary enemy.

Adhering to the requirements of camouflage, the commandos successfully completed the tasks of conducting reconnaissance in harsh climatic conditions on the ground with steep terrain, detecting the shelter of a mock enemy, siege and neutralizing the reconnaissance and sabotage group.