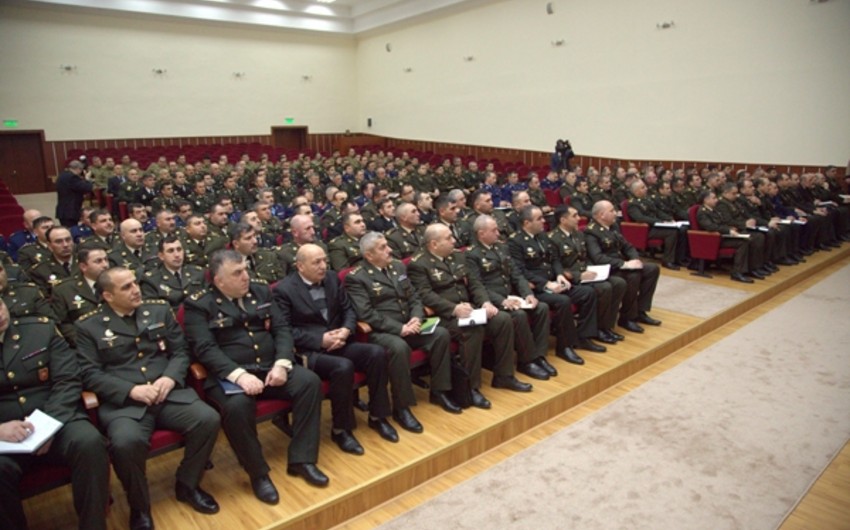 After Chief of Moral-Psychological Training and Public Relations Department of the ministry, Major General Rasim Aliyev declaring program of next day, Colonel Abdulla Gurbani spoke about measures conducted in 2015 together with local executive power authorities, relevant state and non-governmental organizations in accordance with the plan approved by Defense Minister, Colonel General Zakir Hasanov.

Drawing into attention to organization of military collectives mainly from youth Professor A.Hasanov specially stressed effectively and substantially bringing main aspects of domestic and foreign policy carried out under leadership of head of state Ilham Aliyev to the notice of personnel during work with them.

Speaking about current socio-economic and socio-political situation in Azerbaijan in the condition of global financial crisis and sharp strategic fight, state care towards the Armed Forces, Armenia-Azerbaijan Nagorno-Karabakh conflict, tolerance as lifestyle in the country and a number of important issues A.Hasanov answered questions of the attendees.

Speech of the Chairman of State Committee for Work with Religious Organizations Mubariz Gurbanli was also welcomed by the participants.