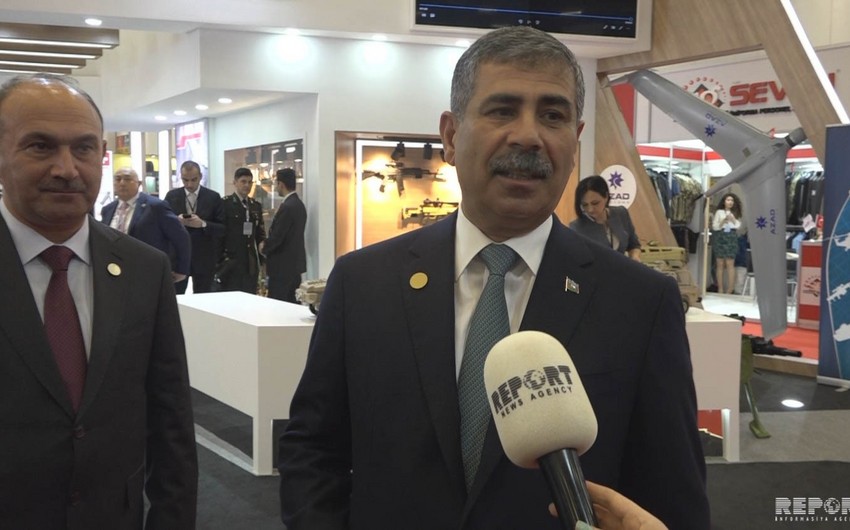 Visiting the 16th International Defense Industry Exhibition "IDEF-2019" in Istanbul, the Minister underlined that the exhibition demonstrates modern weapons and equipment: "We use some of these weapons, some of them will be sent to the Azerbaijani Army and we will test them in different combat situations. There have been discussions and we have reached an agreement. "

Hasanov said that Azerbaijan test weapon seriously before buying it: "These tests take 6 months and 1 year not 1-2 days”.

The Defense Minister also spoke about joint projects implemented by Azerbaijan and Turkey in military, military-technical, military-education and other areas: “We have large projects with our fraternal Turkey. Today, we have many planned projects which are in process. Given the privacy of this area, I do not want to talk about all of them. I just want to emphasize that today Turkish military industry has developed strongly and uses the most advanced technologies. Of course, Turkey shares its experience with Azerbaijan. And this will help strengthen our army."