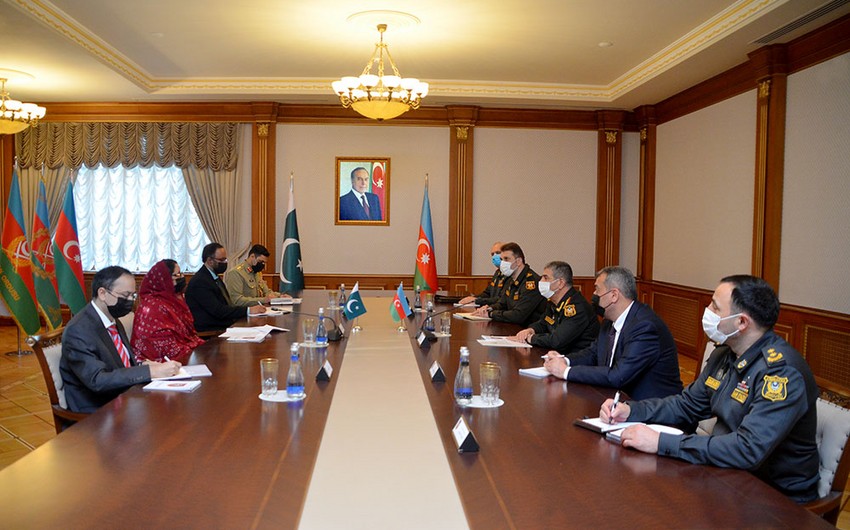 During the meeting, the sides expressed satisfaction with the growing development of Azerbaijani-Pakistani relations and the level of strategic partnership, as well as discussed the main areas of military cooperation between the two countries.

The Minister of Defense informed the guests in detail about the work done in the liberated territories after the victory gained by the Azerbaijan Army in the Patriotic War under the command of the President of the Republic of Azerbaijan, Supreme Commander-in-Chief of the Armed Forces Ilham Aliyev.

Expressing satisfaction with the development of Azerbaijani-Pakistani military cooperation, Colonel General Hasanov thanked the leadership and people of Pakistan for supporting Azerbaijan's fair position at all levels and within the international organizations, as well as for the moral support provided to our country.

During the meeting, it was stressed that the friendly relations between the leaders of the two countries play a significant role in the development of ties between the two states. The sides exchanged views on the work aimed to develop bilateral and trilateral joint military cooperation with the participation of Azerbaijan, Pakistan, and Turkey. The Minister noted the significance of joint exercises in improving the professional level of service members of all three friendly and fraternal countries and stressed the importance of increasing efforts in this area.

In turn, the Federal Minister of Defense Production of the Islamic Republic of Pakistan Jalal congratulated the Azerbaijani people on the victory in the Patriotic War and ensuring the country's territorial integrity. The Minister wished the mercy of Almighty Allah to the souls of those who were martyred in the Patriotic War, as well as in the helicopter crash that occurred on November 30.

Zobaida Jalal emphasized the importance of holding such meetings in terms of expanding mutual cooperation.

The meeting discussed prospects for the development of bilateral, as well as trilateral cooperation with Pakistan and Turkey in the military, military-technical, military-educational, military-industrial spheres, and other issues of mutual interest. 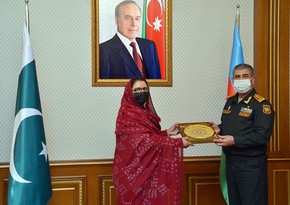 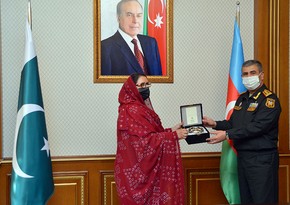