Azerbaijan Defense Ministry delegation on a visit to Moscow 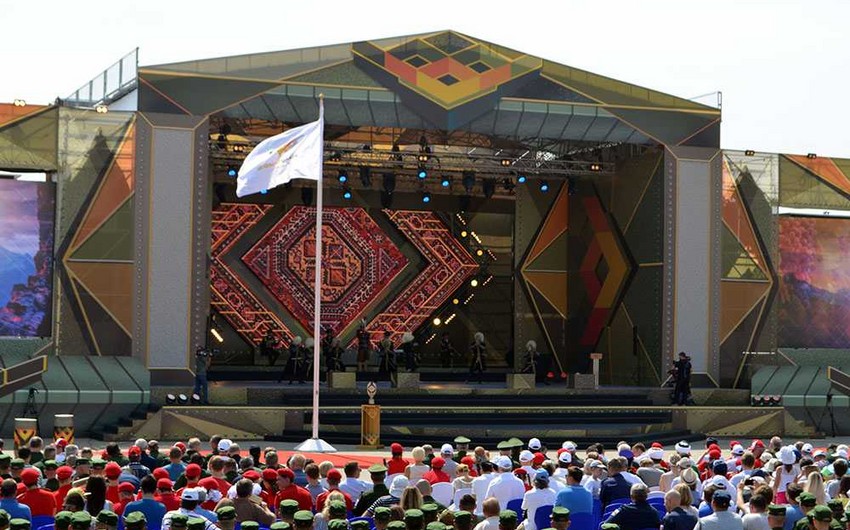 Baku. 1 March. REPORT.AZ/ The delegation led by the Deputy Chief of General Staff of the Armed Forces – Chief of the Main Department of Combat Training and Military Education Lieutenant General Nizam Osmanov will take part in the Planning Conference of the "International Army Games - 2018" in Moscow today.

During the event, the conditions and rules of the competition will be discussed, as well as the locations of the contests will be observed.

Within the scope of the Army International Games, the representatives of the Azerbaijani Army will participate in the competitions "Sea Cup", "Tank Biathlon", "Masters of Artillery Fire", "Sniper Frontier" and "Field Kitchen". They will also take part in the competitions "Depth" and "Army Scout Masters" as an observer.

The "International Army Games-2018", consisting of 27 international competitions, which are planned to be organized in the territories of Azerbaijan, Belarus, Kazakhstan, Iran, China, and Russia, will be held for the period from July 28 to August 11, 2018.