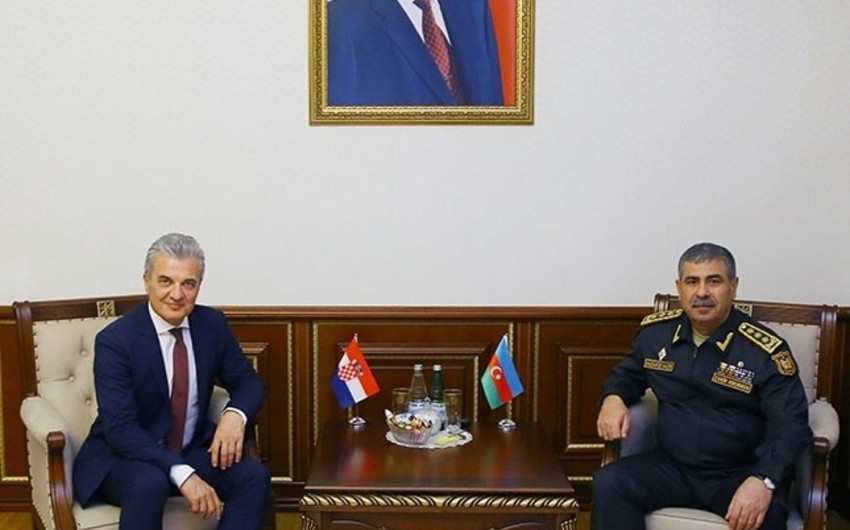 The Minister of Defense congratulated the ambassador on the commencement of diplomatic activity in our country and wished him success in expanding military cooperation the same as in other areas.

The Ambassador, noting the important strategic partnership and friendly relations between the two countries, stressed that Croatia supports the sovereignty and territorial integrity of Azerbaijan.

During the meeting, the sides discussed issues of cooperation in the military, military-technical sphere and the field of military education, as well as the military-political situation in the region.