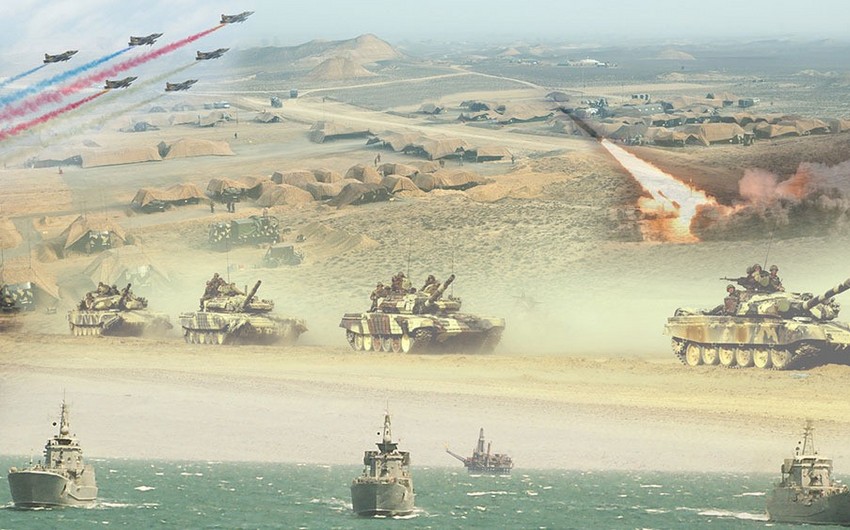 Baku. 28 June. REPORT.AZ/ In accordance with the plan approved by the President of the Republic of Azerbaijan, Supreme Commander-in-Chief of the Armed Forces Mr. Ilham Aliyev, large-scale exercises with the involvement of various military branches, special troops, Army Corpses and formations of the Azerbaijan Army will be held from 2nd to 6th of July.

The exercises will involve up to 20,000 military personnel, up to 120 tanks and other armored vehicles, more than 200 rocket and artillery mounts of different caliber, multiple launch rocket systems, and mortars, up to 30 army and front-line aviation for various purposes.Taking into account the modern experience of conducting combat operations, the troops will fulfill the tasks on performing various military operations, including delivering reliable rocket, artillery, bomb-assault strikes by high-accuracy systems, and aircraft's and UAVs strikes on an imaginary enemy. The troops will also conduct large-scale offensive operations aimed at the liberation of the occupied territories in the course of the exercises.During the exercises, which will be conducted in difficult conditions of a severely rugged terrain, a mountainous terrain and a rich electronic warfare environment, the working out of tactical episodes on the interoperability of formations and military units, the troops and fire weapons management, as well as on the prevention of various diversionary actions of the imaginary enemy will be provided.Live-fire exercise using a new weapon and military equipment passed into the armament of the Azerbaijan Army is planned to conduct at various training grounds in the course of the exercises.