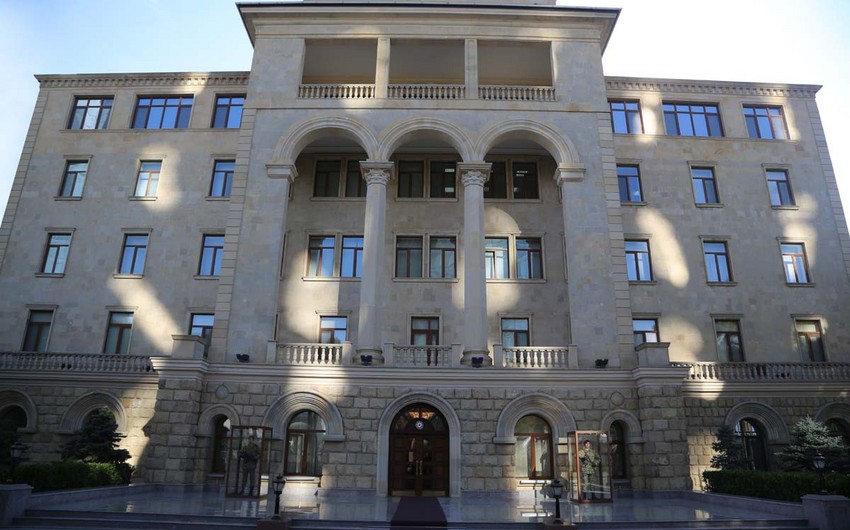 Baku. 13 January. REPORT.AZ/ According to the combat training plan approved by the Minister of Defense, Colonel General Zakir Hasanov, methodological training was conducted for the Personnel Bodies of the formations, military units, and specialized military educational institutions.

First, the memory of the national leader of the Azerbaijani people Heydar Aliyev and heroic sons who died for the territorial integrity of the country was honored with observing a minute of silence. Then the National Anthem of the Republic of Azerbaijan was performed.

Speaking at the meeting, Lieutenant General Kerim Veliyev, Deputy Minister of Defense for Personnel, noted that reforms are being continued in the Azerbaijani Army under the leadership of the President of the Republic of Azerbaijan, Supreme Commander-in-Chief of the Armed Forces Mr. Ilham Aliyev. Noting also that the Personnel Bodies are one of the important spheres of military service in the Ministry of Defense, the Deputy Minister emphasized that the army leadership pays serious attention to this area.

Chief of the Department for Personnel of the Ministry of Defense of Azerbaijan Colonel Elchin Khalilov delivered a report on the work done last year in the sphere of improvement of the knowledge of staff members of Personnel Bodies and tasks to be performed in 2018, as well as the on the measures taken to develop professional staff dealing with personnel.

It was noted that all the work done in this field meets the requirements of military legislative acts. Improving the process of personnel management, as well as the quality of human resources, serves for one goal – a worthy fulfillment of the tasks and duties set by the Supreme Commander-in-Chief and the Minister of Defense to military personnel.

Speaking at the meeting, officers of various structures and military units of the Ministry of Defense exchanged views on maintaining the army's combativeness at a high level.