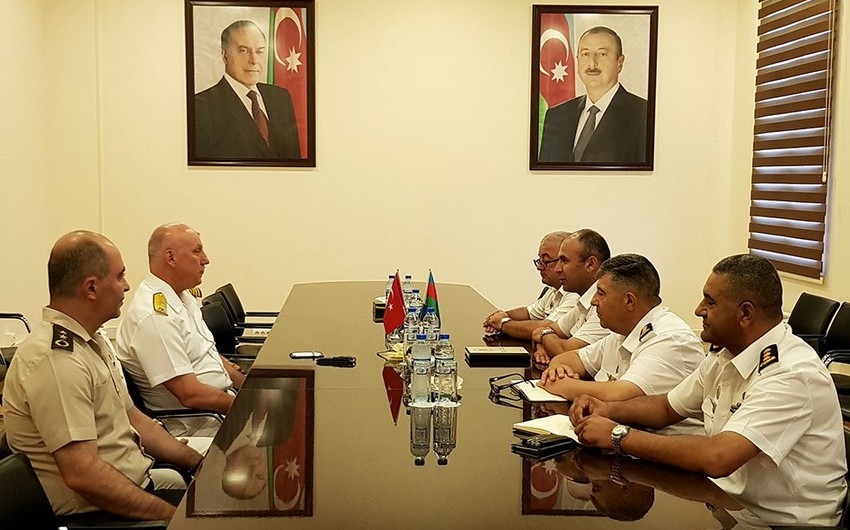 During the meeting, the acting commander of the Naval Forces of Azerbaijan, captain 1st rank Zaur Hummatov and the deputy commander of the Turkish Naval Forces for Logistics Vice Admiral Fikret Esin have discussed the successful results and prospects for the development of military cooperation between Azerbaijan and Turkey.Noting that military relations meet the interests of the two countries, the sides stressed the importance of continuing efforts in this area.Vice-Admiral F. Esin expressed his satisfaction with participating as a guest in the "Sea Cup-2018" international competition. Vice-Admiral F.Esin wished the Azerbaijani military seamen success in competitions. Expressing satisfaction with the visit to our country, the guest noted the importance of holding such meetings and expanding mutual relations in strengthening the Azerbaijani-Turkish relations.