German Bundestag member: UNSC confirmed that Nagorno-Karabakh belongs to Azerbaijan "I have voted in favor of the motion on "Support for the development of a long-term peace solution in Nagorno-Karabakh"
102 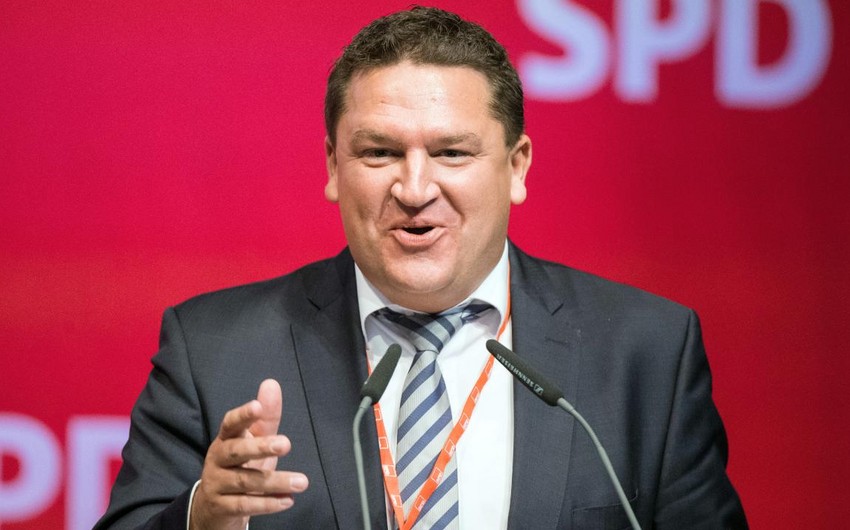 Marcus Held, Member of the German Bundestag, said in an interview with Report:

"As a member of the German-South Caucasian parliamentary group, I have been intensively interested in the region for a long time. I have voted in favor of the motion on "Support for the development of a long-term peace solution in Nagorno-Karabakh", which was submitted to the German Bundestag on 26th November 2020 by the government parliamentary groups of CDU/CSU and SPD. The United Nations Security Council has confirmed in several statements that Nagorno-Karabakh belongs to Azerbaijan," the deputy said.

He also noted that there is a question of the Armenian population of Nagorno-Karabakh. "Both historically and presently, Azerbaijan is a multicultural, open-minded, and tolerant nation, which also guarantees the rights of the Armenian minority. Against this background, I am deeply convinced that Azerbaijan is predestined to demonstrate to the international community that peaceful multicultural coexistence is possible in Nagorno-Karabakh," Marcus Held assured.

Commenting on the activities of the OSCE Minsk Group on the Karabakh issue, M. Held stressed that this process is challenging.

"Germany and France have come a long way since World War II to become close friends. I would like to see your region develop along the same lines. Whether the Minsk Group has a future in the current constellation needs to be evaluated on its ability to play a constructive role. The format is of secondary importance here. The agreement reached should rather lead to steps being taken now and in the future to build trust and mutual respect in the younger generations. We need to be persistent for this task, and Germany can make an active contribution to this process of understanding at the multilateral level, for example, in the context of the European Union's Eastern Partnership."