Azerbaijan, USA held conference on air freight The US-Azerbaijan Chamber of Commerce (USACC) hosted an online conference between the United States and Azerbaijan on air traffic and global air traffic forecasts in the post-pandemic period.
134 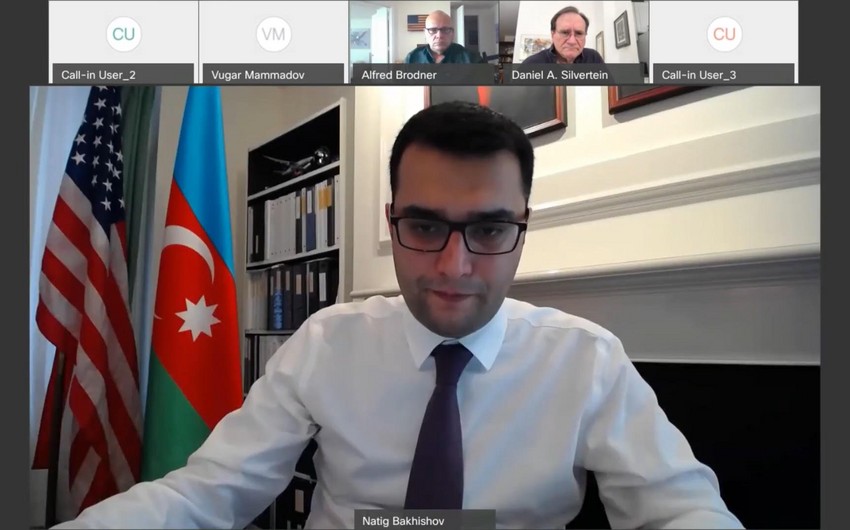 The US-Azerbaijan Chamber of Commerce (USACC) hosted an online conference between the United States and Azerbaijan on air traffic and global air traffic forecasts in the post-pandemic period.

The local bureau of the Report informs that the keynote speakers at the conference were Silk Way West Airlines Vice President Vugar Mammadov and Boeing Regional Director for Air Market Research Thomas Crabtree.

The conference, moderated by Natig Bakhishov, Executive Director of the (USACC), was attended by representatives of American and Azerbaijani companies based in the US, Azerbaijan, Russia, and the United Arab Emirates.

Vugar Mammadov said that his group started in 2016 with only one trip to the United States. He spoke about the need to increase the number of flights in the short term, noting that since that year, mixed flights to New York, Chicago (three times a week), Miami and Washington.

The company official informed that they delivered medical supplies to more than a hundred destinations worldwide, including the US, due to coronavirus pandemic.
He also spoke about the company's cooperation with the US Transportation Command in Afghanistan.

Boeing spokesman, referring to the International Air Transport Association, said at the beginning of the presentation that Silk Way Airlines is currently among the top 30 airlines in the world and a leader in Eurasian markets.

Crabtree added that air cargo accounts for 1 percent of the world's cargo, but more than 35 percent in value. Noting that the industry has been growing at an annual rate of 5 percent for the past 40 years, the Boeing official said that the global pandemic has severely affected air transport.