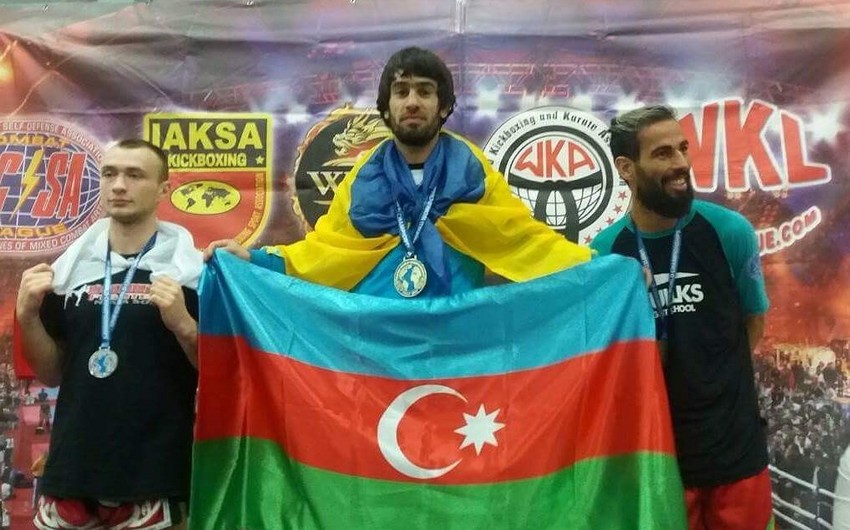 Kyiv. 1 November. REPORT.AZ/ Fakhraddin Iskandarov, a native of Azerbaijan, master of sports in kickboxing, won first two places in K-1 and low-kick categories at the World Kickboxing Championship (WTKA), which was held from 25 to 29 October in the Italian city of Marina Di Carrara.

Ukraine bureau of Report News Agency informs, champion of Europe and the world in kickboxing Iskandarov went to the championship in the national team of Ukraine. He fought in the weight category up to 60 kg.

"My first fight in K-1 was against Brazilian and I won. The final fight was against Polish, whom I knocked out in the first round", he told Report.

In the low-kick category, Iskandarov's rival refused to fight, giving first place to a representative of Ukraine. Thus, the native of Azerbaijan took two medals for the first places in two categories.

At the award ceremony, Iskandarov held the flag of Azerbaijan in his hands.

"I'm Azerbaijani by nationality, and I want my people to know about my victory," athlete said.

He expressed gratitude to his coach Artem Kritsky and the Azerbaijani diaspora in Ukraine, in particular Hikmet Javadov.