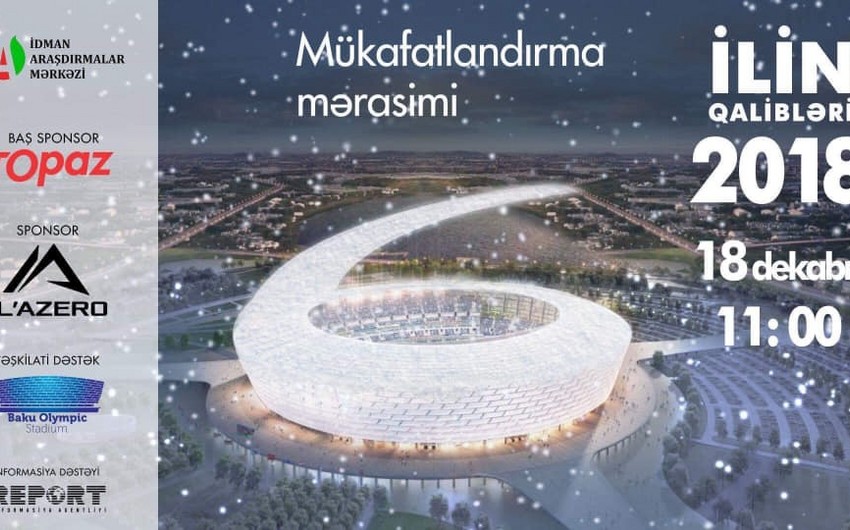 Baku. 18 December. REPORT.AZ/ The winners of project "Winners of the Year-2018" implemented by the Sport Research Center were determined.

Report informs that the awarding ceremony was held at the Baku Olympic Stadium:

Head coach of the year - (Qarabag)

Notably, the organizer of the project, which is held for the 6th consecutive year, is the Baku Olympic Stadium.  The information support is provided by Report News Agency, the general sponsor is Topaz, and sponsor is Il'Azero company.