Baku 2018: A synthesis of judo show and high organization COMMENT 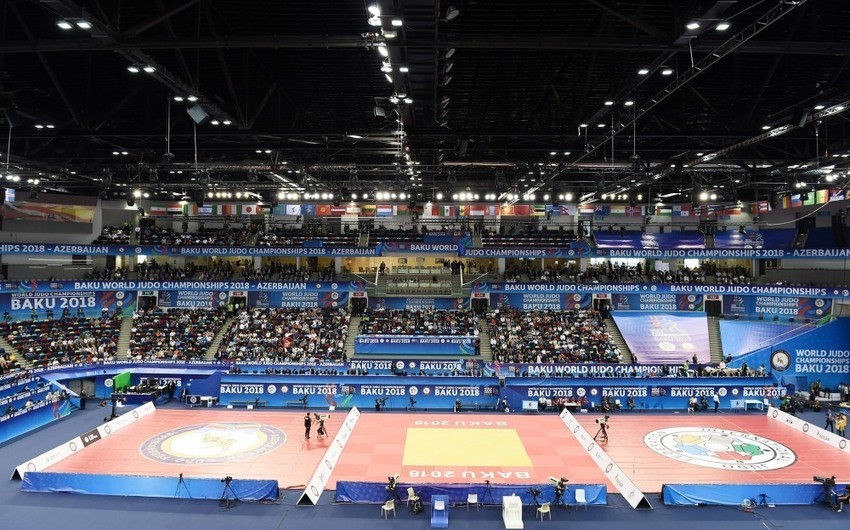 The competitions arranged at the National Gymnastics Arena were marked by a number of moments. And this is not only about the sports competition. There are other factors that make the Mundial special, popularize Azerbaijan and contribute to strengthening of the country’s image in the world arena.

The World Championship was marked with a solemn opening ceremony.

Presidents of the two more countries – President of Russia Vladimir Putin, President of Mongolia Khaltmaagiin Battulga, heads of national associations of judo and other kinds of sport watched the race.

One of the key points distinguishing the world championship in Baku from the World Cup held in Budapest last year was the license granting for the 2020 Tokyo Summer Olympic Games.

For this reason, major judo countries such as Japan, South Korea, Brazil, France and Russia have brought their leading athletes to Baku. It is no coincidence that Olympic, world and European champions were among participants. For example, Japan’s team brought 11 wrestlers who became the world champions in Hungary last year.

The national team of Azerbaijan finished individual competitions on the 11th place with team member Ushangi Kokauri (+100kg) winning silver and Hidayat Heydarov (73kg) grabbing bronze. Besides, Karamat Huseynov (60 kg) took the 5th place and Irina Kindzeska (+78 kg) finished 7th. The Azerbaijani team finished 6th in men's competition and 24th in women's. Only 22 out of 124 countries won medals in the world championship in Baku. Japan grabbed half of the 14 gold medals in individual competitions (5 won by female judokas and 2 by male). Only two members of the Japanese team, that came to Baku with a total of 18 judokas, won no medals. All female judokas won 5 gold, 3 silver and 1 bronze medals. 2 gold, 2 silver and 3 bronze medals were claimed by male athletes. The highest-scored medals were won in the 60 kg and 66 kg weight categories, while one judoka who competed in 100 kg and the other in 100 kg+ division left the country without medals.

Of the remaining gold medals, 2 were grabbed by South Korea, while France, Georgia, Iran, Ukraine and Spain won 1 medal each.

In total, medals were won by representatives of four continents, except Africa, Australia and Oceania.

Japan, the land of the rising Sun, that became superior to all countries in individual races, won a gold medal in the mixed team competition. Japan upset France - 4: 1 in the final. Russia and United Korea won a bronze medal. In the fight for bronze the Azerbaijani national team lost to Russia and took the 5th place.

Four Azerbaijani judokas were among the medalists in the world championship last year. Orkhan Safarov (60 kg), Rustam Orujov (73 kg) won bronze, Elmar Gasimov (100 kg) and female judoka Irina Kindzerska (+78 kg) won bronze medals. This time they couldn’t win medals. However, for the first time, Hidayat Heydarov (73 kg) and Ushangi Kokauri (+100 kg) managed to win medals. This time, the low number of medals was explained by the fact that the competition was played at home that was distressful for Azerbaijani judokas. Another factor was the participation of more powerful judokas in Baku. This is due to the fact that the Mundial in Azerbaijan granted license for the 2020 Tokyo Summer Olympic Games.

The Mundial has also been remembered with a number of records and exciting events. For example, on the first day of competitions, Ukraine’s Daria Bilodid (48 kg) became the world champion at the age of 17 years 11 months and 10 days. Bilodid is the youngest judoka to win the title. The other female judoka champion is Uta Abe, whose age is 18 years 2 months and 7 days. Japanese athlete Hifumi Abe, 66 kg, has become the world champion for the second consecutive year. His sister Uta Abe (52kg) climbed to the highest podium. Thus, the historical event took place in Baku. Until now, there is no fact showing that a sister and a brother ever became the world champions on the same day and in the same city.

Turkey's national team won first medals in Baku after a 17-year break in the World Championship.

Azerbaijani Said Mollai (81kg) became the world champion within the Iranian national team, the 26-year-old athlete said this in a statement. He said although he is from the Khoy city of West Azerbaijan Province in Iran but he currently lives in Urmia. Spain won the first gold medal in the history of the world championships. Georgian Nikoloz Sherazadishvili also won gold medal in the 90 kg division. The Korean joint team won a medal for the first time in Baku. Athletes from South and North Korea who participated in the Beijing Winter Olympics 2018 within a unified team in some sports competitions have come to the podium for the first time in Azerbaijan. They won a bronze medal in a mixed team competition.

The World championship in Baku has contributed to the promotion of Azerbaijan. The Mundial was aired in over 190 countries. Among broadcasters were the leading TV channels such as CNN, Euronews, BBC. 86 countries broadcast championship via their own TV channels.

On the eve of the race IJF's official website published a presentation-oriented reportage and articles about Azerbaijan. In the promotion video, Azerbaijan has been presented as The Land of Fire - The Land of Judo as well as a country with energy resources and rich culture.

Interviews were conducted in different regions of Azerbaijan, particularly in Baku and Sumgayit. The winners of the Summer Olympic Games Nazim Huseynov and Elnur Mammadli, two-time Paralympic champion Ilham Zakiyev and European champion Shahana Hajiyeva were included in the reportage.

The history of Baku, on par with the architectural heritage of the 12-15 centuries and modern futuristic architecture, the Heydar Aliyev Center, Flame Towers and other skyscrapers of Baku were described as samples of modern architecture.

The successful experience of Baku in hosting major international tournaments, the 2012 Eurovision Song Contest, the first European Games in 2015, the Formula One Grand Prix in the last three years was noted and it was stressed that one of the 3 of the group games and 1 of the 1/4 final matches of the 2020 UEFA European Football Championship will be held at the Baku Olympic Stadium.

First Azerbaijanis inducted into the IJF Hall of Fame

IJF hosted a number of events within the world championship. On the eve of the race, 19 luminaries inducted into the Hall of Fame were awarded at the Buta Palace. Azerbaijan was represented by three athletes here.

In addition, at its session the IJF Executive Committee discussed the team competitions in world championships, preparation for the 2020 Summer Olympics in Tokyo and the 3rd Summer Youth Olympic Games and approved new regulations regarding coaches, training issues, long-term calendar and other sports issues, and relevant decisions.

At the meeting it was decided to hold the 2021 World Judo Championship in Vienna, Austria. It is also reported that Canada, Israel and the Chilean Grand Prix will be added to the annual calendar.

Vizer attended the opening of the Sumgayit training base of the Azerbaijan Judo Federation (AJF) during his stay in Azerbaijan. He also visited the training base of the Azerbaijani national judo team at the Baku Olympic Stadium. IJF President highly appreciated the work done and thanked the AJF leadership for the provision of the base that meets modern requirements. He expressed confidence that the base will contribute to the development of judo in Azerbaijan. 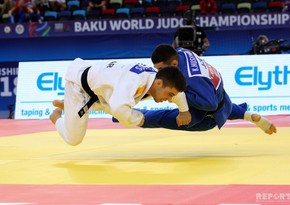 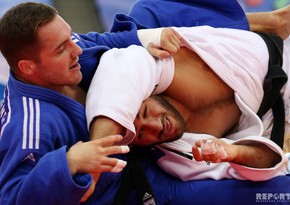 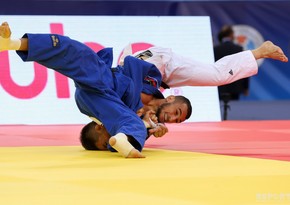 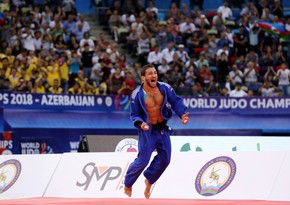 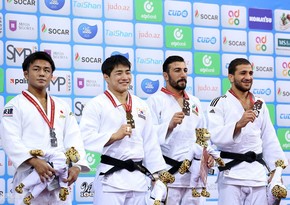