Turkish Ambassador: We hope Russia-Turkey rapprochement will contribute to resolution of the Karabakh conflict" - INTERVIEW

Turkish Ambassador: We hope Russia-Turkey rapprochement will contribute to resolution of the Karabakh conflict" - INTERVIEW "As the OSCE Minsk Group member, Turkey is trying to do its best to reach the settlement to the Nagorno-Karabakh conflict”
1235 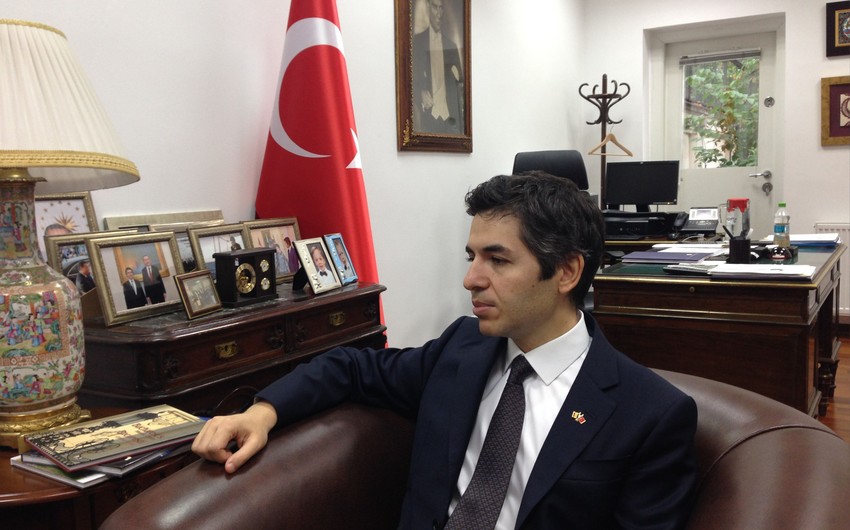 - Mr. Ambassador, how is the socio-political situation in the brotherly country after the certain events of July 15?

- Turkey faced with a very serious threat and danger on July 15. Of course, our western friends are not aware of how serious it was but we experienced the bloodiest coup in the history of the Republic. In fact, for the first time since the Ottoman Empire, the Turkish Grand National Assembly was also bombed. Nevertheless, regardless of ideology and political stands, everyone took the side of the president and the democratically elected government.

A few days ago (on August 7 – edit.) in Istanbul, millions of people took part in the Rally for Democracy and the martyrs. This was one of the world’s largest peaceful demonstrations due to the number of people. Chairmen of Turkey's main opposition party and other parties represented in parliament also participated in the rally. Of course, Turkey has recovered and went back to its previous state, the country's economy continues to progress, and the state departments are working in a systematic way.

- To date, a number of FETÖ linked schools are closing in the world. And what about it in Romania? Are there any FETÖ possessed schools, universities or other education institutions? Is the embassy taking any steps in this direction?

- FETÖ does not function just in Turkey, it is a serious threat to the national security of every country. It operates in two directions: first, in order to maintain their existence legally, they use schools, aid organizations and funds, and second, sneak and secretly conduct their activities inside a state.

Turkey and Romania are strategic partners. As in other countries, in order to prevent activities of FETÖ, in Romania as well we regularly hold meetings with government officials and inform them. According to the Romanian media, one university, 9 lyceums and one foundation have had links with FETÖ.

- Mr. Ambassador, after downing the Russian fighter jet on November 24 last year, presidents of two countries met in St. Petersburg, on August 9 this year. Do you think it is possible to restore relations between the two countries?

- We believe that the Turkish-Russian relations will reach the previous level. After the ‘Cold War’, relations between the two countries developed on the same line. The close relations are based on economy and tourism fields, as well as the energy sector.

We have always been a country which supported mutually beneficial relations both with the East and the West, as well as with the North and this trend will be continued in the future.

- The Azerbaijan-Russia-Iran cooperation in trilateral format, and the recent summit of the three countries was held in Baku. A day later, we witnessed the Russian-Turkish rapprochement. Do you think these steps will contribute to resolution of the Nagorno-Karabakh conflict in the near future?

As the OSCE Minsk Group member, Turkey is also trying to do its best to reach a settlement to the Nagorno-Karabakh conflict and we expect the world's leading powers, including Russia to properly contribute to this work.