Truong Thi Mai: Vietnamese who studied oil sphere in Azerbaijan are now occupying high posts Secretary of the Central Committee of the Communist Party of Vietnam met with the functionaries of the NAP 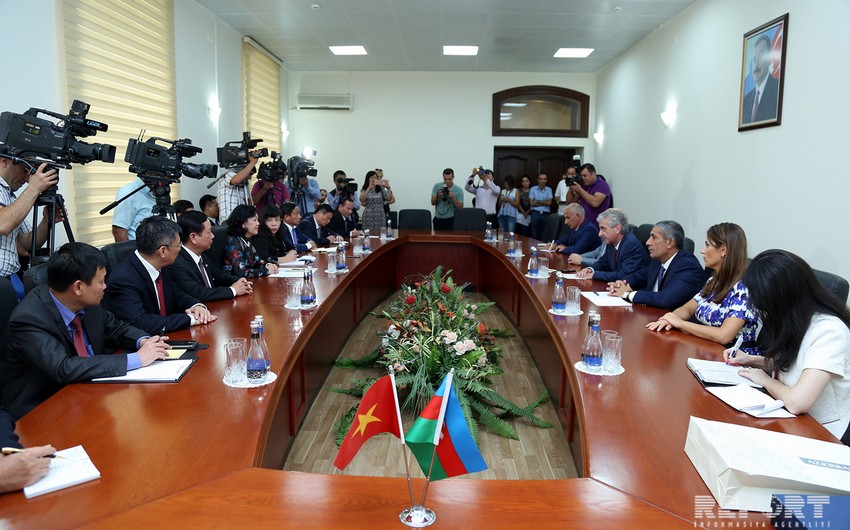 At the meeting, A. Ahmadov announced cooperation between Azerbaijan and Vietnam and stressed that this visit will create conditions for further development of ties.

Expressing satisfaction with the meeting, the Secretary of the Central Committee of the Communist Party of Vietnam (CC of the CPV) Truong Thi Mai noted that there is a socio-economic development in Azerbaijan, which creates conditions for improving the social well-being of the population.

She stated about the existence of traditional cooperation relations between Azerbaijan and Vietnam and emphasized that the Vietnamese who studied oil sphere in Azerbaijan now occupy high posts in her country.

The guest added that the mutual visits of the leaders of our countries further strengthen cooperation between the two states.