Samad Seyidov: Different groups in PACE try to create problems for Azerbaijan Strasbourg. 28 June. REPORT.AZ/ There are criticisms and biased attempts against Azerbaijan within PACE. However the position of Azerbaijan and its delegation is heard.
1252 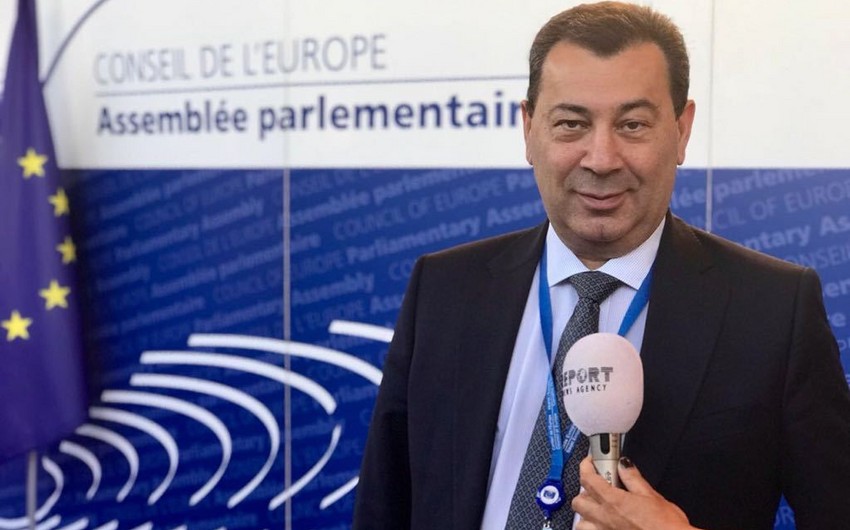 Strasbourg. 28 June. REPORT.AZ/ "There are criticisms and biased attempts against Azerbaijan within PACE. However the position of Azerbaijan and its delegation is heard."

Western European bureau of Report News Agency was told by the Head of the Azerbaijani delegation to the Parliamentary Assembly of the Council of Europe (PACE) Samad Seyidov.

He noted that he was reiterated to the position of Vice President of the PACE as the head of the Azerbaijani delegation: "However some people thought that it was impossible. Even the members of the Azerbaijani delegation were elected as rapporteur. For example, Elshad Hasanov was appointed as a rapporteur of the Legal Affairs and Human Rights Committee. Generally, Azerbaijani MPs are very active in political groups. Most importantly, the representatives of Azerbaijan bring the position of Azerbaijan to PACE members in their speeches".

S.Seyidov also emphasized that different groups in PACE are trying to create a problem for Azerbaijan: "There are people who claim that there are political prisoners in Azerbaijan and a rapporteur has been appointed on this issue. We have clearly stated our position on this issue. So, we are ready to fulfill our commitment in the direction of investigation of human rights issue and their solution with constructive dialog. But we strongly oppose the politicization of the human rights issue and applying it as a means of pressure against Azerbaijan. If the newly appointed rapporteur understands these issues, puts aside politics, political prisoners as a tool unlike some PACE representatives and approaches objectively to human rights issue, we will not have any problems. Otherwise, if the issue is politicized and used against Azerbaijan as a means of pressure, we have always been and will be against it. Azerbaijan does not comment on the personality of the rapporteurs, and is not in this position. We express our attitude to the work of the speakers. If their activities are objective, all right, otherwise we will have to take the necessary steps. "