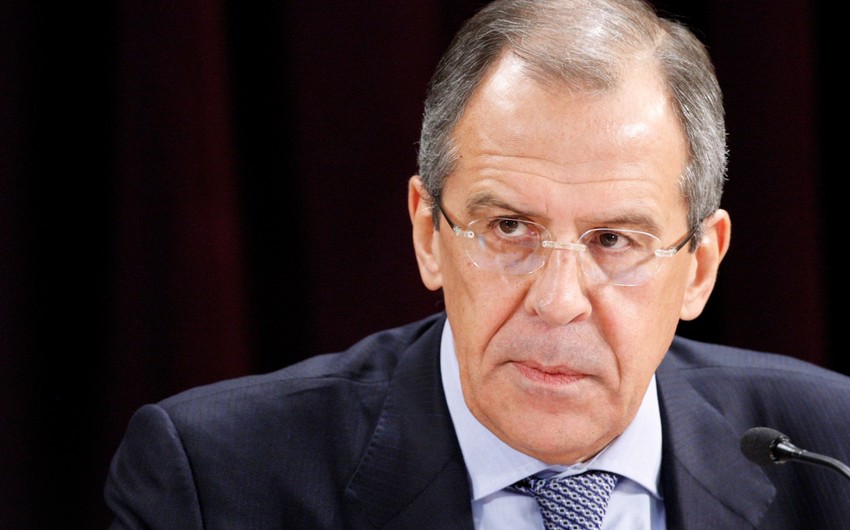 Baku. 12 October. REPORT.AZ/ "Lack of legal base for many of its activities is a systemic problem the ." Report informs, Russian Foreign Minister Sergei Lavrov told reporters today, commenting on the decision of the Office for Democratic Institutions and Human Rights (ODIHR).

According to him, it all begins with the charter of the organization, it is called the organization, but it is not in real, because there is no founding document: "The same applies to the ODIHR. We have many years together with our partners in the CIS collectively urge to sit down and agree on the rules that will be the basis of the practical activities of the Bureau primarily in regard to the monitoring of elections.

Current liabilities are only one - invited to observe the elections, including observers from the OSCE, in accordance with its national law. It does not say that Azerbaijan should be required to send 260 people, not 130 as would like Azerbaijan, and in Germany only two, and one to one of the Baltic countries, and where are hundreds of thousands of non-citizens not to send anyone at all", said S. Lavrov.

OSCE Secretary General Lamberto Zannier, in turn, expressed regret that no agreement was reached between the ODIHR and Azerbaijan due to the monitoring of elections: "It was a missed opportunity for dialogue. I hope that at the consultations in Vienna, we will be able to clarify this issue in the future", said Zannier.