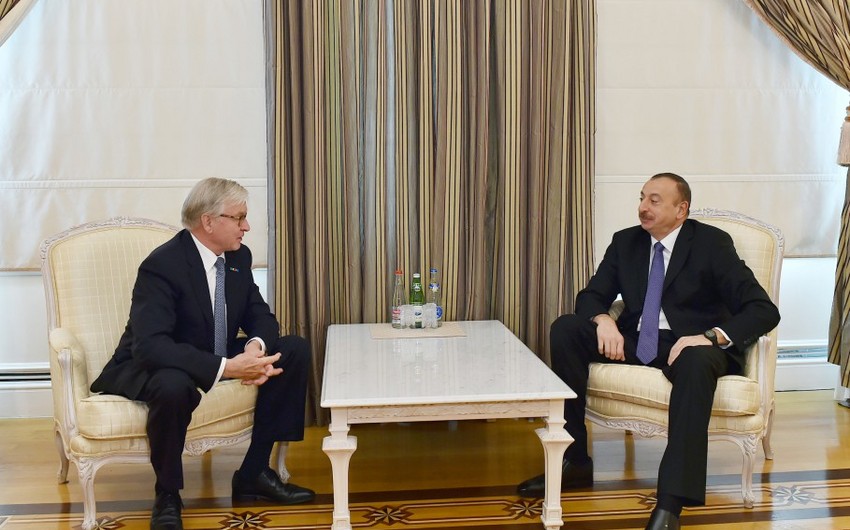 The head of state said relations between Azerbaijan and the Netherlands developed actively, and highly appreciated Rene van der Linden`s efforts in this regard.

President Ilham Aliyev said the scope of the issues of the two countries` mutual interest was always expanding. The head of state touched upon cooperation between the two states in business sector, adding that the number of Dutch companies was increasing in Azerbaijan.

President Ilham Aliyev said relations between Maastricht School of Management and ADA University were of strategic importance, and described all this as positive indicators of cooperation.

They exchanged views over Azerbaijan-European Union cooperation, as well as development of bilateral ties between Azerbaijan and the Netherlands in various fields, and settlement of the Armenia-Azerbaijan Nagorno-Karabakh conflict.