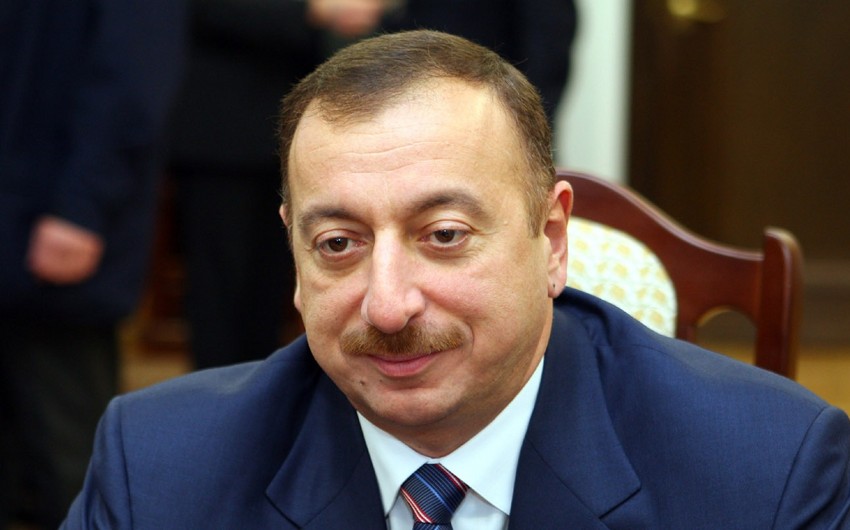 Baku. 26 October. REPORT.AZ/ President of the Republic of Azerbaijan Ilham Aliyev has received a delegation led by Japanese Minister in charge of Economic Revitalization, Total Reform of Social Security and Tax, Minister of State for Economic and Fiscal Policy Akira Amari.

Report informs, hailing bilateral relations between Azerbaijan and Japan, the head of state expressed hope that the visit of the delegation led by Akira Amari would be another step towards developing the bilateral ties and would create good opportunities in terms of defining areas of cooperation. The head of state stressed the importance of the fact that a friend of Azerbaijan Akira Amari was the head of the Japan-Azerbaijan interparliamentary friendship group and that he was closely following ongoing work in Azerbaijan. President Ilham Aliyev noted with pleasure the fact that the Japanese delegation included businessmen from big companies. The head of state stressed the significance of long-term successful activities of Japanese companies in Azerbaijan, especially their making huge investments in the country`s energy sector and the implementation of a number of important projects through loans allocated by Japan.

Minister in charge of Economic Revitalization, Total Reform of Social Security and Tax, and Minister of State for Economic and Fiscal Policy Akira Amari recalled with pleasure his last meeting with President Ilham Aliyev during the President`s visit to Japan in March, 2006. The Japanese Minister said he visited Azerbaijan as the chairman of the Japan-Azerbaijan interparliamentary friendship group 11 years ago, adding now he feels as though he is in a new city. He described all of these achievements as a result of President Ilham Aliyev`s successful leadership. Touching upon the visit of Japanese Deputy Prime Minister, former Prime Minister Taro Aso to Azerbaijan, Akira Amari said: “After his visit to Azerbaijan, Taro Aso met with me and told me of Azerbaijan`s development, and said that the country attaches great importance to relations with Japan. I once again realized the importance of developing ties between Azerbaijan and Japan.”

During the meeting, the sides exchanged views over the issues related to the development of cooperation between Azerbaijan and Japan in energy, petrochemical, educational, healthcare, agricultural and other spheres.