Novruz Mammadov: Daniel Baer tries to damage US-Azerbaijan relations with preconceived opinion Deputy Head of the Presidential Administration of the United States responds to the views of the OSCE Representative 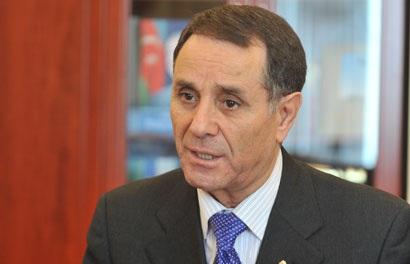 Baku. December 29. REPORT.AZ/ Unfortunately, some officials and diplomats in the United States completely lost the sense of measure.

Report informs, the Deputy Head of the Presidential Administration of Azerbaijan Novruz Mammadov, on his twitter page responded to criticism against the OSCE Representative of the United States Daniel Baerin.

One of them Mr. Baer, forgets that the original homeland of violence, corruption, arrests is his own country. Apparently, he has no information about the events that took place in his country. It would be good if he had been introduced with hearings at the Senate Intelligence Committee a few days before.

Then he would understand that, reading the writings on twitter the first country to remember is the US , N. Mammadov said.

He added that, D. Baer's with his prejudice is trying to damage relations between the US and Azerbaijan.

D. Baer on his twitter page criticized Azerbaijan regarding the searches carried out in the office of Radio Liberty.