Lord Kilclooney: It's disgraceful, so-called ‘president’ of unrecognised regime in Nagorno-Karabakh invited to London Representatives of the Nagorno-Karabakh community should be invited to speak rather than those who forced them to leave their homes 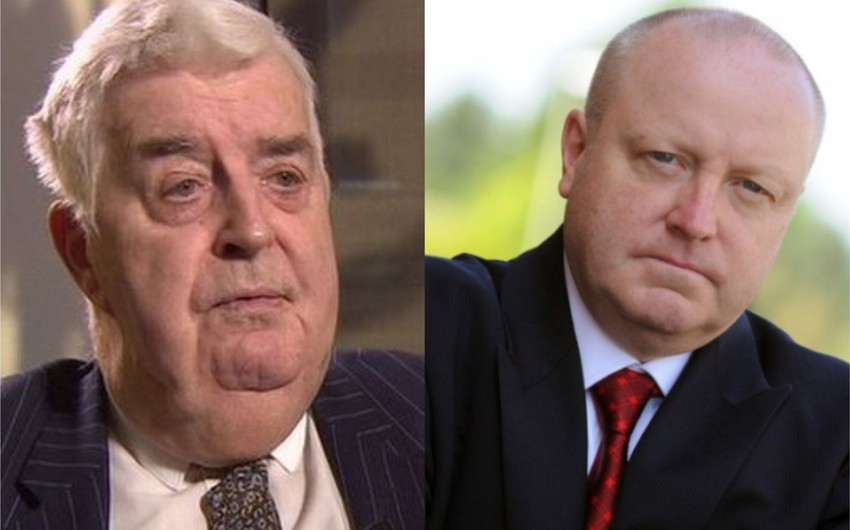 "It is disgraceful that Bako Sahakyan, so-called ‘president’ of the unrecognised regime in Nagorno-Karabakh, has been invited to speak at London’s Chatham House,” Lord Kilclooney said in the statement.

“Close to one million Azerbaijanis were displaced from the occupation of Nagorno-Karabakh by Armenia, representatives from this community should be invited to speak rather than those who forced them to leave their homes.”

“Sahakyan is unrecognised by the international community, by inviting him like this Chatham House dimities its own standing and is giving him a level of legitimacy he does not deserve. There are already four UN Security Council Resolutions with regard to NK and it is time they were implemented,” he added.

Mr Hepburn said: “There is no way that Bako Sahakyan, so-called ‘president’ of Nagorno-Karabakh should have been invited by Chatham House to speak.”

”His regime is unrecognised by any country in the world and continues to defy four UN Security Council Resolutions asking that Armenia end its occupation of Azerbaijani territories. He is not welcome in the UK and I would ask that Chatham House reconsiders his invitation to speak there," he said.