FM: Azerbaijan supports solution of issues on relations with Armenia through dialogue 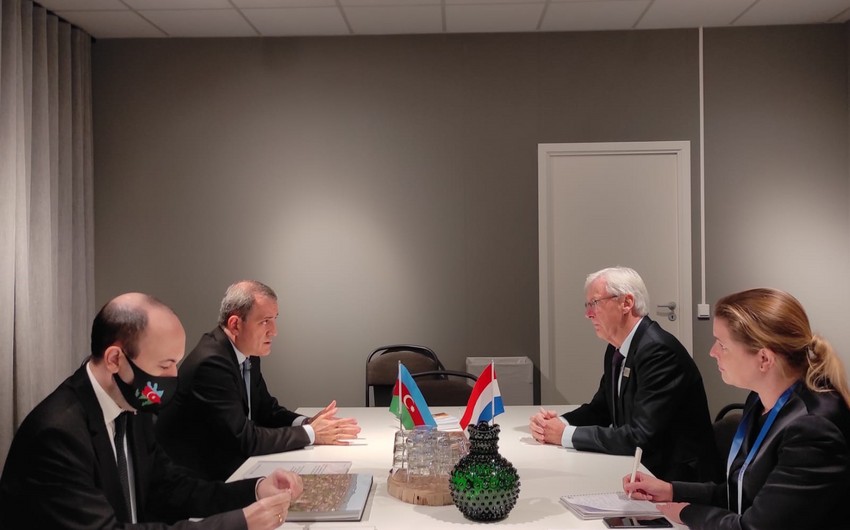 The sides exchanged views on the bilateral cooperation agenda between Azerbaijan and the Netherlands, as well as regional security issues.

Bayramov briefed his counterpart on the post-conflict situation and recent developments in the region. He emphasized the importance of implementing trilateral statements, opening communication ties, normalizing relations between Azerbaijan and Armenia based on international law norms and principles, and starting delimitation talks.

The Minister informed Knapen that Azerbaijan supports the solution of issues related to establishing bilateral connections with Armenia through dialogue.

Stressing the importance of the international community's support for normalization efforts between Armenia and Azerbaijan, the minister said that unilateral and biased approaches did not contribute to these efforts. According to him, it's essential to thoroughly and comprehensively inform the public, including the legislature, of foreign countries on issues of interest in the context of the post-conflict normalization process in the region.