Exposing bias of Western media: Azerbaijani president’s video interview goes viral With India facing a severe COVID-19 crisis, Western media has descended upon the country like vultures, trying to photograph every possible funeral to showcase it in the West 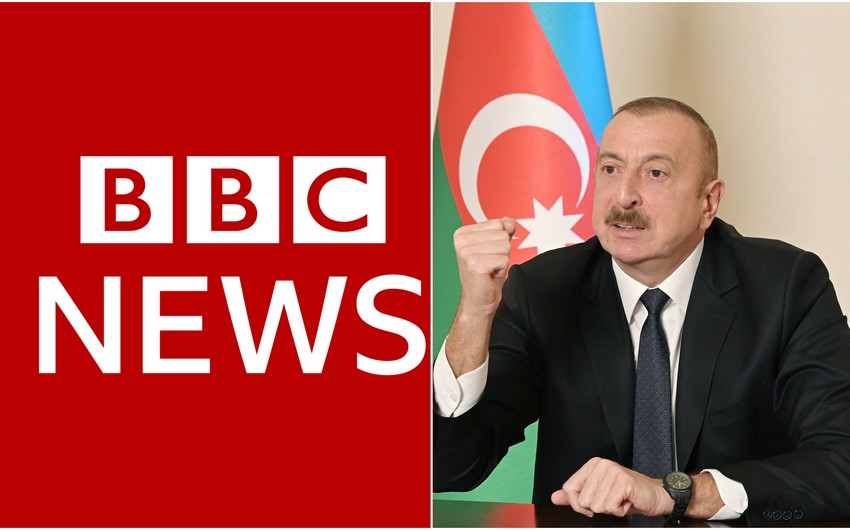 With India facing a severe COVID-19 crisis, Western media has descended upon the country like vultures, trying to photograph every possible funeral to showcase it in the West. To gain more clicks, the Western media is media shamelessly profiting off India’s misery. Sometimes, they just straight-up use an old fake picture to depict India’s COVID-19 victims. All of these stunts have earned some well-deserved contempt for the western media from Indians, Report informs referring to an article on opindia.com.

“In this climate, an old video of Azerbaijan President Ilham Aliyev talking to a BBC reporter has gone viral. In this interview dating back to November 2020, the BBC reporter tries to put Aliyev on the spot, asking him about media freedom in Azerbaijan. Instead of being defensive, Aliyev goes on the offensive and asks the reporter point blank, “You think they do not have it? Why do you think that people in Azerbaijan do not have free media and opposition?” the author of the article wrote.

The BBC interviewer then tries to clap back at the Azerbaijani president, claiming that multiple independent sources in the country have told her that Azerbaijan has no press freedom. To this, Aliyev demands to be told about these independent sources. When the interviewer refuses to disclose the sources, Aliyev responds coldly, “Oh, if you couldn’t name that means you are just inventing the stories.”

“The number of internet users in Azerbaijan is more than 80 percent. Can you imagine the restriction of media in a country where the internet is free, there is no censorship, and there is 80 percent of internet users? We have millions of people on Facebook. How can you say that we don’t have free media? This is again, a biased approach. This is an attempt to create a perception in Western audiences about Azerbaijan. We have opposition, we have NGOs, we have free political activity, we have free media, we have freedom of speech. But if you raise this question, can I ask you also one? How do you assess what happened to Mr. Assange? Isn’t it the reflection of free media in your country?”, said Azerbaijan President Aliyev in the BBC interview.

Thus, President Aliyev was successfully able to expose the BBC’s hypocrisy of questioning media freedoms about another country, when it is funded by taxpayer’s money from Great Britain, the country currently imprisoning Julian Assange. According to United Nations Special Rapporteur Nils Melzer, Julian Assange has been a victim of injustice, torture, and political persecution at the hand of the British and American governments. Therefore, the West has no “moral right” to criticize not just Azerbaijan, but any other country, whilst they allow and support the obvious persecution of a journalist like Assange.

The article notes that this interview from November 2020 has resurfaced because of the obvious contempt towards western, mainstream media which is on the rise.