Mammadyarov: Azerbaijan has embassies in 59 countries

Mammadyarov: Azerbaijan has embassies in 59 countries ​“Azerbaijan successfully develops partnerships on a regional and global scale" 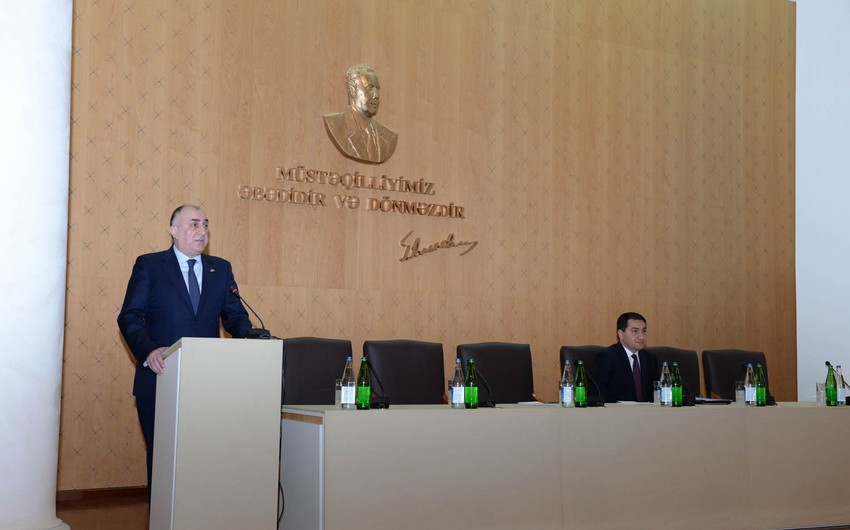 “Azerbaijan successfully develops partnerships on a regional and global scale. It employs new approaches to cooperation in trilateral and quadrilateral format which forms a new basis for ensuring a qualitatively new level of intergovernmental relations”.

Report informs, Minister of Foreign Affairs of the Republic of Azerbaijan  said at the 6th Conference of the heads of diplomatic missions of Azerbaijan.

"Under the leadership of our President , the of the Republic of Azerbaijan will continue to pursue independent and versatile foreign policy aimed at protecting and furthering national interests within the system of international relations. The end of Armenia's aggression against Azerbaijan, the liberation of our lands from occupation and the return of internally displaced persons to their homes will remain the main priority of our diplomatic efforts.

Prescient words of national leader , "We will get through these difficult days, the independent Republic of Azerbaijan will take its rightful place in the world community and every citizen of Azerbaijan will declare with great pride that he or she is a part of this independent state” have inspired the visionary policy that the President is now implementing.

Azerbaijani diplomats will continue their tireless endeavor to promote and advance our national interests worldwide, extending with dignity our historic heritage and our enthusiasm for progress, as well as the honoring 100 years of Azerbaijani diplomacy", - the Minister said.