UEFA will review an issue on Qarabag FC player 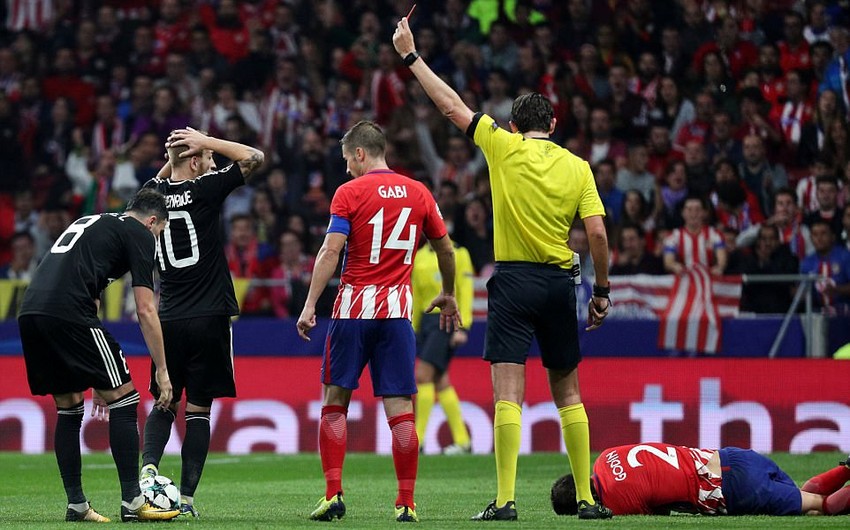 Baku. 7 November. REPORT.AZ/ On November 10, UEFA will disclose its decision about Qarabag player Pedro Henrique, who received a red card on the match with Atletico in the IV set of Champions League.

It was said that Brazilian midfielder who received a straight red card on 59th minute for hitting with his leg in the face of home team’s defender Diego Godín on October 31 in Madrid will be suspended at least for a game. But UEFA said the final decision will be issued by the Discipline Committee.

On the match that ended in a draw 1:1 home team player Stefan Savić was also shown red card. On the 88th minute after receiving the second yellow card he was sent off.