Prime Minister Binali Yildirim is expected to attend the event called "mega-projects in the energy and transport".It is noted that the Organizing Committee decided to invite SOCAR president Rovnag Abdullayev to the Congress as an honorary member of the Union of Engineers and Architects of the Turkic world. S. Dundar gave an invitation, to R. Abdullayev signed by Secretary General of the Union Ilyas Demirchi. Abdullayev expressed gratitude to the guest. 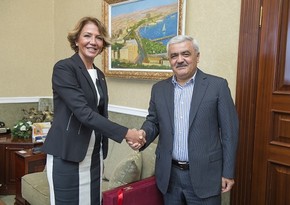