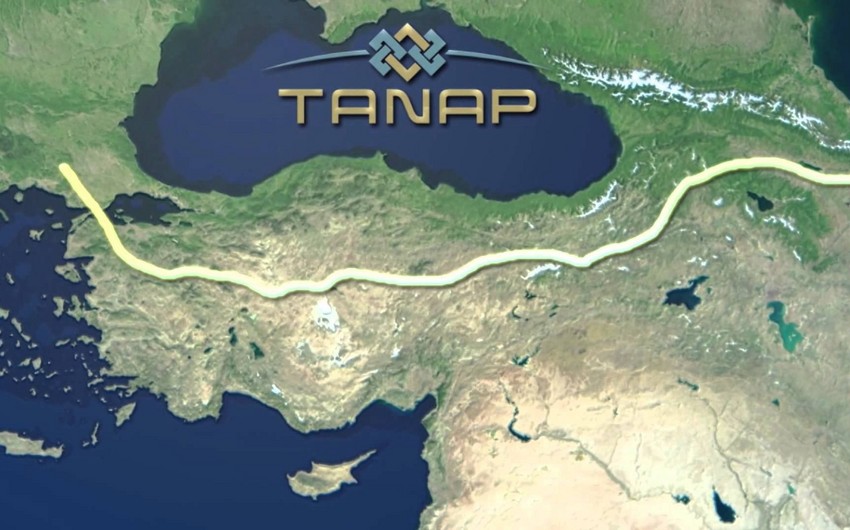 Baku. 2 May. REPORT.AZ/ The opening ceremony of the Trans-Anatolian Natural Gas Pipeline (TANAP) project will be held on June 19 this year.

He said that the first gas delivery from TANAP to Turkey was scheduled for the first week of July, but the TANAP official opening ceremony will be held on June 19, due to early elections (Presidential and Parliamentary) in Turkey.

Notably, TANAP is a pipeline, which will transport the gas produced by development of second phase of Azerbaijan's 'Shah Deniz' field in the Caspian Sea to Turkey and then to Europe. TANAP, which is the branch of the Southern Gas Corridor project, is being constructed in the territory of Turkey. The pipeline will connect to Trans-Adriatic Pipeline (TAP), designed to transport Azerbaijani gas to Europe through Turkey-Greece border. On March 17, 2015, groundbreaking ceremony of the TANAP was held in Kars, Turkey with participation of Azerbaijani, Turkish and Georgian Presidents. Initial capacity of the pipeline, which is planned to be put into operation in 2018, will be 16 billion cum/year. About 6 billion cum of this gas will be delivered to Turkey, the remaining to Europe. The TANAP pipeline will have two starting points in Turkish provinces Eskişehir and Thrace. The sale of gas in Turkey will be carried out by BOTAS. The total length of the pipeline is 1 850 km. 19 km section of the pipeline will pass through the Sea of Marmara.

"TANAP is being constructed in two phases. Phase-0 is of 56 inches diameter and 1 334 km long. Construction works in this phase are being carried out on the route starting from Turkish-Georgian border stretching to Eskişehir.. "Phase-1" consists of the pipeline with a diameter of 48 inches and length of 476 km, Phase-1 will be ready to accept gas for Europe by the end of 2019.