Italian Ambassador: Works on TAP progress on schedule Rome is interested in timely execution of project
1739 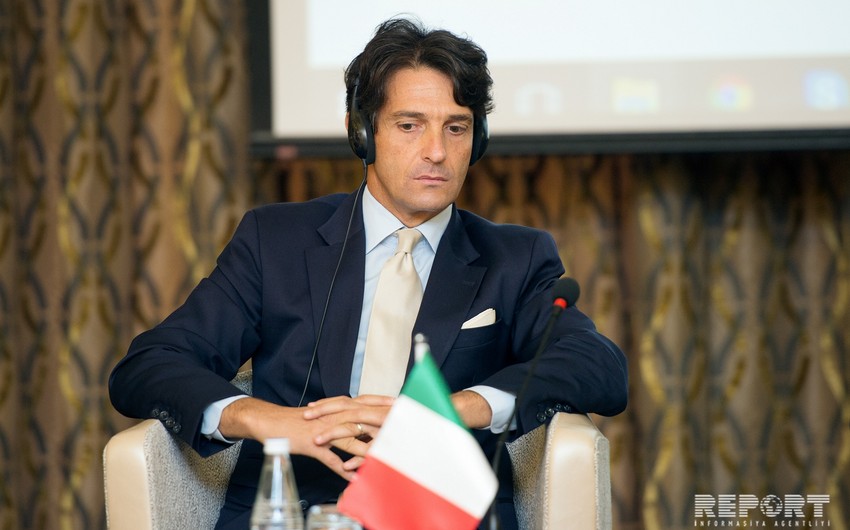 Baku. 7 September. REPORT.AZ/ The works in the Italian section of the Trans-Adriatic Pipeline (TAP), which will transport Azerbaijani gas to Europe, are being carried out on schedule.

"When I presented my credentials to President Ilham Aliyev, I stated that the Italian government is interested in the TAP progress on schedule. We carry out all the steps, works on the project are underway", he said.

According to the ambassador, target is commissioning of TAP by 2020: "All necessary steps have been taken in this regard. There was a problem with the removal of olive trees, but as I said, the government made some regulation. Everything is under control. The olive trees have been removed and will be returned to the previous area again after construction of the pipeline".

After reviewing various selection options during two years, on June 28, 2013, 'Shah Deniz' Consortium has officially declared selection of the TAP project. The pipeline is 878 kilometers long,  550 km of which will cover Greece, 215 Albania, 105 Adriatic Sea and 8 km Southern Italy. Highest point of the pipeline will be in the mountains of Albania (1 800 meters), the lower part (-820 meters) beneath the sea.