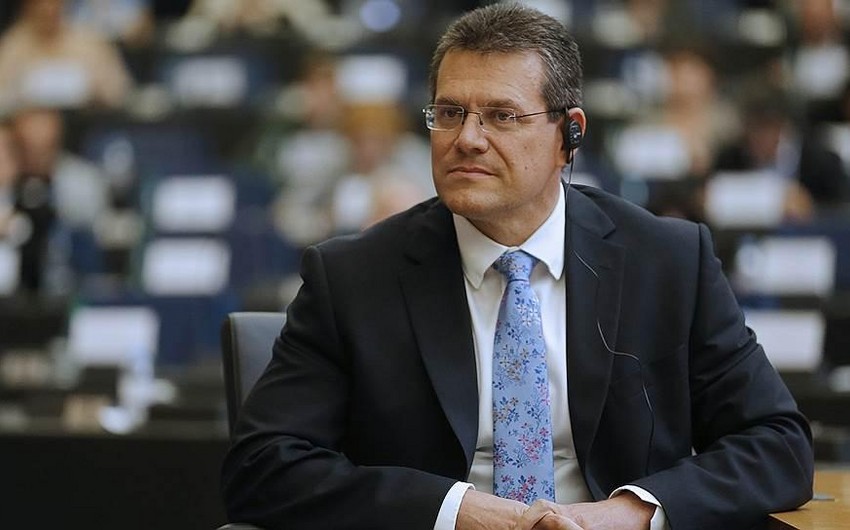 Baku. 30 May. REPORT.AZ/ The transfer of Caspian gas to the European market is becoming a reality, Maros Sefcovic, European Commission Vice-President for the Energy Union said on Tuesday.

A subsequent working group was formed to implement the declaration, from which regular meetings ensued to discuss the possibility of supplying Turkmen gas to Europe.

Sefcovic asserted that cooperation in the field of energy between the parties would continue in the years to come.

With natural gas playing a more significant role as the countries try to switch to a low carbon economy, Sefcovic said that the transfer of Caspian gas to the European market would become a reality.

“In the years to come, the Caspian, Central Asian and EU areas will continue to develop mutually beneficial cooperation especially in the field of energy,” he concluded.