Energy Minister: Gasification of Albania to be possible with TAP 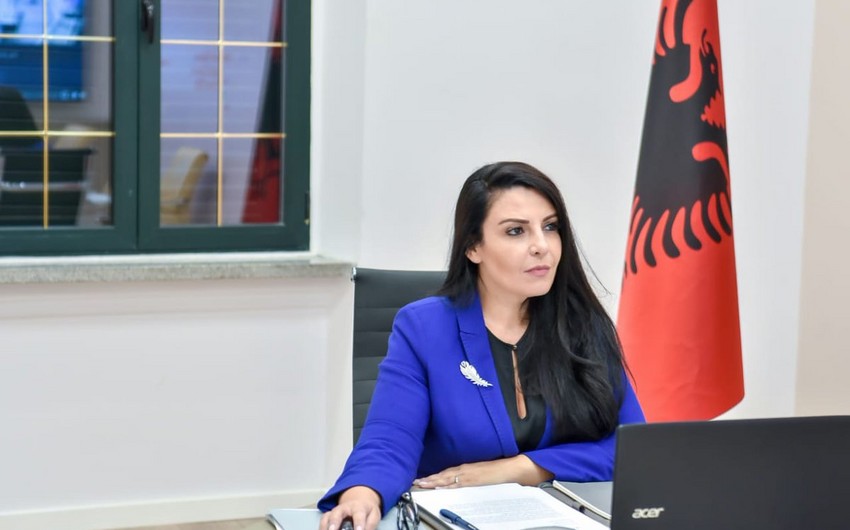 The Government of Albania has a “master plan” for the gasification of the country that would bring economic development, the Albanian Energy Minister Belinda Balluku said, informs referring to .

Balluku noted that “gasification would be made possible by the Trans Adriatic Pipeline (TAP) and the investment of American companies in Vlora thermal power plant (TPP)”.

“All the investment will be made by the US, and there will be no investment from the Albanian state, only by the US”, said Balluku.

Albania has signed an agreement with ExxonMobil and Excelerate Energy last week, to turn a site in Vlora into a terminal for liquified natural gas (LNG).

The memorandum of understanding foresees a feasibility study expected to be delivered in the third quarter of 2021.

The next steps include the repurposing of the thermal power plant in Vlora, southern Albania, and the construction of a new LNG terminal, thus transforming the coastal city into a regional hub for liquefied gas.

Minister Balluku stressed “the need for Albania and the Balkan region to diversify and enhance energy supplies.”

Balluku also said that “part of the agreement is that the Vlora TPP will produce according to the needs of Albania”.

In the future, gas may also be transported to the Balkan region via the Southern Gas Corridor (SGC). The Western Balkans include countries Albania, Bosnia and Herzegovina, Montenegro, North Macedonia, and Kosovo.

TAP transports natural gas to Europe from the giant Shah Deniz field in the Caspian Sea's Azerbaijani sector. The 878 km pipeline connects to the Trans-Anatolian Pipeline on the Turkish-Greek border in Kipoi, crosses Greece, Albania, and the Adriatic Sea, and reaches Italy's southern coast.

TAP can stimulate gas supplies to Southeast European countries through interconnectors to be built in the future. For example, Bulgaria will strengthen supply security by meeting 33% of its natural gas needs via TAP. In turn, it will increase the penetration of natural gas in the country. TAP's outlets in Greece and Albania and Italy also open up opportunities for transporting Azerbaijani gas to other European countries.