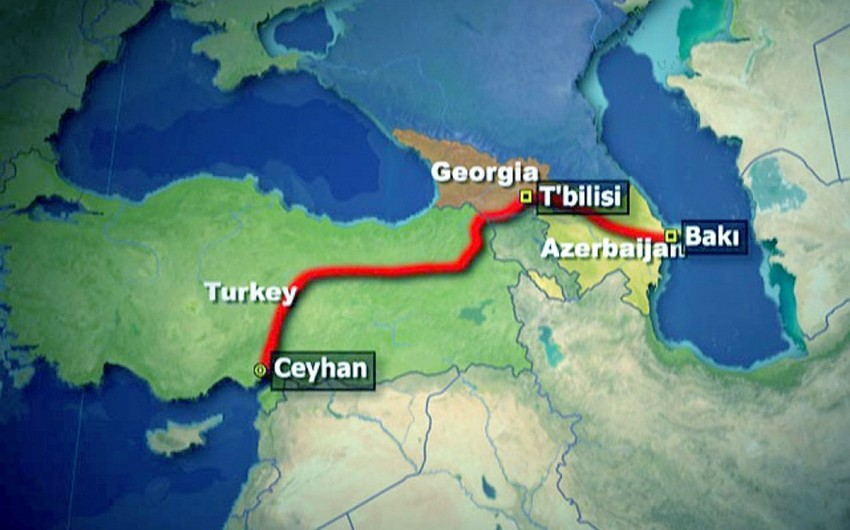 Report informs referring to BP-Azerbaijan's report on results of the year, operating costs of BTC during reporting period were about $ 133 million, capital expenses made $ 29 million.

In the fourth quarter of 2017, BTC Co. shareholders also changed. ExxonMobil, a US-based company, has acquired a 2.50% stake of CIECO (Japanese subsidiary of Itochu) and joined BTC shareholders.

Since BTC pipeline was commissioned in June 2006 up to the end of 2017, crude oil with a total capacity of 383 million tons (about 2.87 billion barrels) was transported via this pipeline, deployed to 3758 tanks in Ceyhan and sent to the world markets.

In 2017, approximately 34 million tons (256 million barrels) crude oil was exported through BTC pipeline and deployed to 333 tanks in Ceyhan.

Notably, the BTC pipeline starts at Sangachal Terminal near Baku. Daily pipeline capacity is 1.2 mln. barrels. The 1,768-kilometer BTC pipeline was commissioned in June 2006. Currently, the BTC pipeline is mainly exporting ACG oil and Shah Deniz condensate from Azerbaijan. In addition, BTC is transporting other crude oil and condensate volumes, including transit oil.