64% project budget spent on STAR plant Director General Ibrahim Palaz: Port to accept first oil will be ready by the end of this year 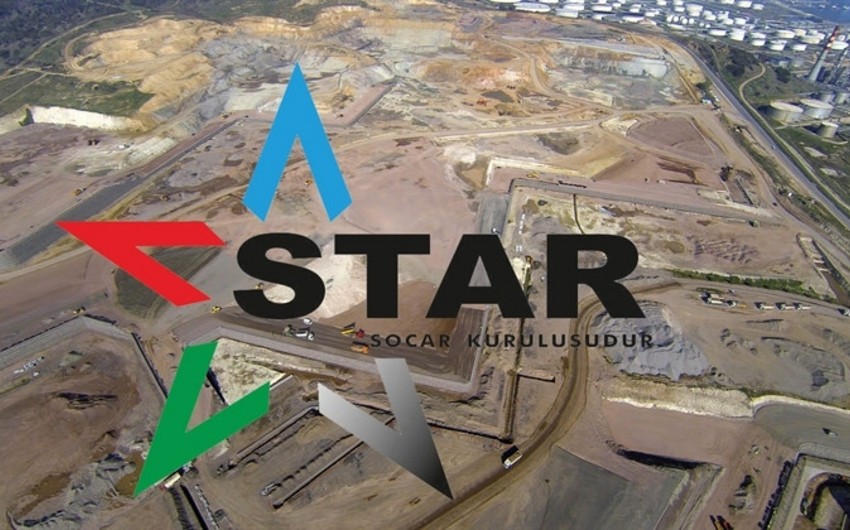 Izmir. 8 September. The State Oil Company of Azerbaijan Republic (SOCAR) has invested 3 bln USD in STAR oil refinery so far, which is under construction in Petkim peninsula, Izmir (Turkey).

Report informs, STAR General Manager Ibrahim Palaz said at a meeting with Azerbaijani reporters, who are on a visit to Izmir.

According to him, 64% of the total budget was spent within the construction project of the plant: 'Total cost of the project is equal to 5.7 bln USD, which 2.4 bln USD of the financing is carried out by SOCAR and 3.3 bln USD at the expense of the loan, attracted from 23 banks. So far, SOCAR has spent 2.2 bln USD for the project, while 800 mln USD was attracted from the banks'.

According to I.Palaz, the mechanical works will be completed in September 2017 and operation will be started in April 2018. The plant's director noted that after 3-6 months from the launch, the plant will operate at the capacity considered in the project (annual 10 mln tons). He also added that currently 75% of the project works have been implemented: '50% of the construction works were carried out. Over 12 000 employees are working in the area. In October, this number will reach 15 000, which is a maximum figure. Number of permanent employees will be 850 after launch of the plant'.

I.Palaz also reminded construction of 3 ports at present for STAR: 'The port to accept first oil will be ready by the end of this year. Construction of the other two ports for sale of finished products will end this time next year'.

Notably, foundation of STAR oil refinery was set up on October 25, 2011 by Azerbaijani and Turkish Presidents Ilham Aliyev and Recep Tayyip Erdoğan. Processing of annual 10 mln tons of crude oil in the plant is planned.