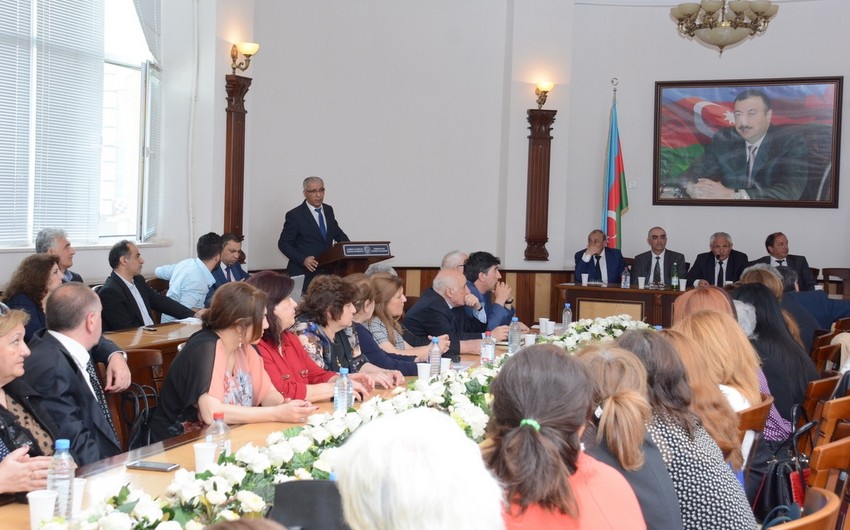 Baku. 15 May. REPORT.AZ/ The I Republic-wide scientific-practical conference on “Development Perspectives of Food and Textile Industry in the Republic” devoted to the 120th anniversary of an outstanding state and science figure, honored doctor, Professor Aziz Aliyev’s birthday has been held at UNEC.

Director of UNEC’s Center for Science and Innovations, Professor Sakit Yagubov evaluated President Ilham Aliyev’s order on “Implementation of the 120th anniversary of an outstanding state and science figure of the Republic of Azerbaijan Aziz Aliyev’s birthday” as a high value given to performances conducted for the development of health in our republic. Speaking about the significance of the topic of the conference, S.Yagubov emphasized that the President Ilham Aliyev attaches special importance to the development of food and textile industries.

The conference went on with the plenary meetings and sessions. Dean of the Faculty Technology and Design, Professor Vakil Huseynov, Director of the Scientific-research Institute of Viticulture and Winemaking, Dr. of Tech. Sciences Tariyel Panahov, Deputy Director on Scientific Affairs of the Institute of Microbiology, correspondent member of the ANAS, Professor Panah Muradov, Director of Device Production Association “Satellite” plant of the Ministry of Defense Industry Seyavush Aliyev, General Director of Agrarian Science and Innovation Center of the Ministry of Agriculture, Professor Rasul Balayev and President of Azerbaijan National Cuisine Center Tahir Amiraslanov made speeches within the plenary session.

Representatives of UNEC, Azerbaijan University of Technology, Azerbaijan Technical University and Azerbaijan University of Oil and Industry, Heads of textile and food industry institutions made reports on their profile within the section meetings. Discussions on speeches were made and proposals sounded. It was recommended to conduct scientific research on the quality of food safety and textile industry in connection with production in the future. It was also proposed to hold the kind of events annually to strengthen scientific-practical cooperation between UNEC and production. 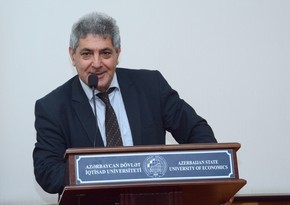 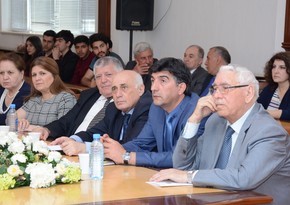 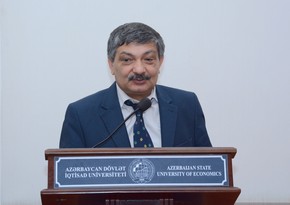 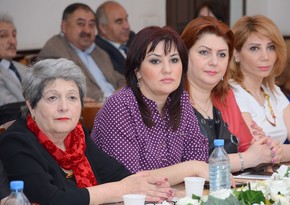 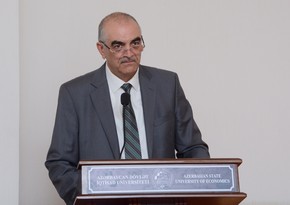 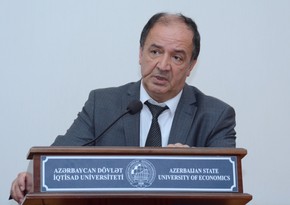 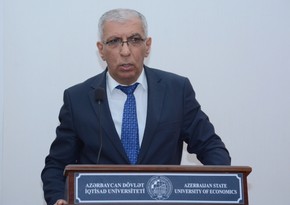