Book destroying Armenian myths published in Azerbaijan A new book entitled "Ancient texts and classical sources expose the falsifications and fabrications of Armenianism or about the owners of cultural treasures in the liberated territories" has been published. 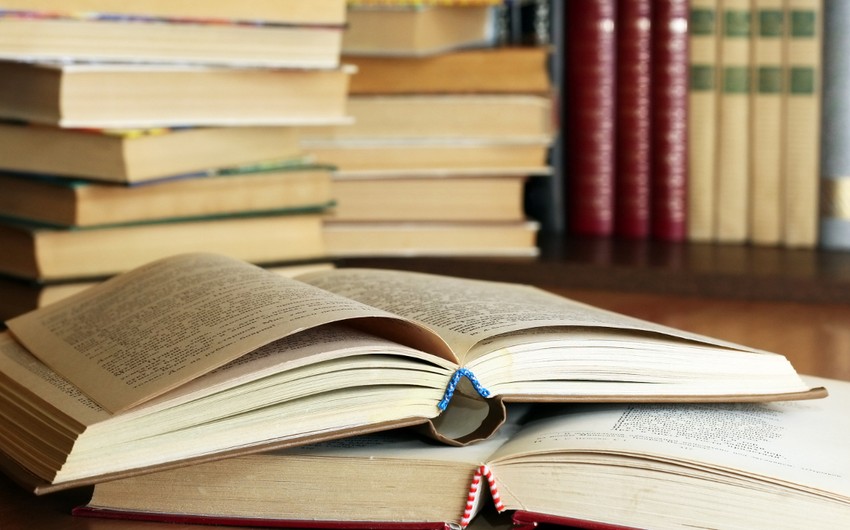 A new book entitled "Ancient texts and classical sources expose the falsifications and fabrications of Armenianism or about the owners of cultural treasures in the liberated territories" has been published.

The book, authored by Professor Kamran Imanov, Chairman of the Board of the Intellectual Property Agency, dispels Armenian myths and reveals the truth, citing historical facts. The book is published in Azerbaijani, English, and Russian.

The book notes that the myths of "exceptionality" and "suffering," ambitions and claims against other peoples are instilled in the minds of the Armenian people, shielding them from the natural alternative, and the myth of "special mission" denies that international law is the cornerstone of modern world construction. The government and the intellectual elite, which supported and led to such mythologies, eventually became the victims and prisoners of those fabrications. The point is that a consciously developed ideology finds it difficult to replace the unconsciously formulated worldview that has taken root in the population. As a result, everyone falls into the trap of political folklore.

According to the author, one of the results of the great historical victory of Azerbaijan is the basis for the destruction of such fabrications. A clear example of this is the defeat of the myth of the "invincible Armenian army" by the brave Azerbaijani soldiers and officers under the leadership of the Supreme Commander-in-Chief.

In Azerbaijan's liberated territories, one encounters the destroyed material cultural heritage of the Azerbaijani people, monuments of Muslim and Turkic culture that have been destroyed or completely wiped off the face of the earth. It is not the reluctance of Azerbaijanis to preserve their former monuments but the systematic distortion of Albanian Christian monuments by Armenians, the destruction of old inscriptions, and the engraving of new writings that should become "evidence" of Armenian identity.

The book is based on Imanov's introductory speech and report at a webinar on "Ancient texts and classical sources expose Armenian forgery and fabrications or about the owners of cultural property in the liberated territories" on April 26, 2021, which was organized by Azerbaijan's Intellectual Property Agency and the Ministry of Culture with the support of the National Commission of the Republic of Azerbaijan for UNESCO on the occasion of April 23 - "World Book and Copyright Day" and April 26 - "International Intellectual Property Day."

The electronic version of the book in the Azerbaijani language is available . 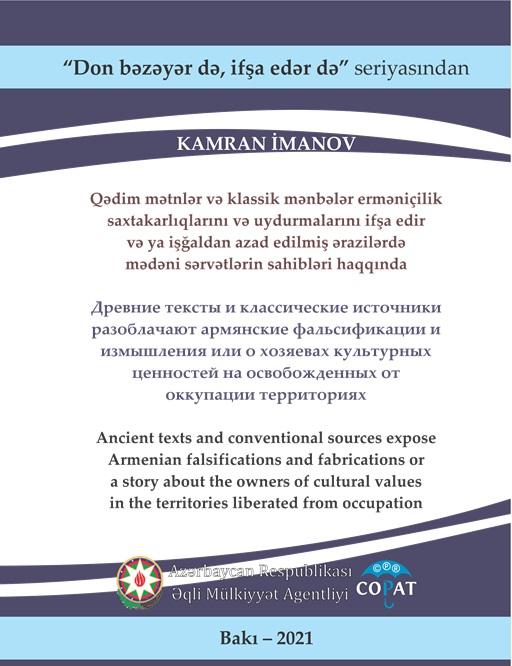