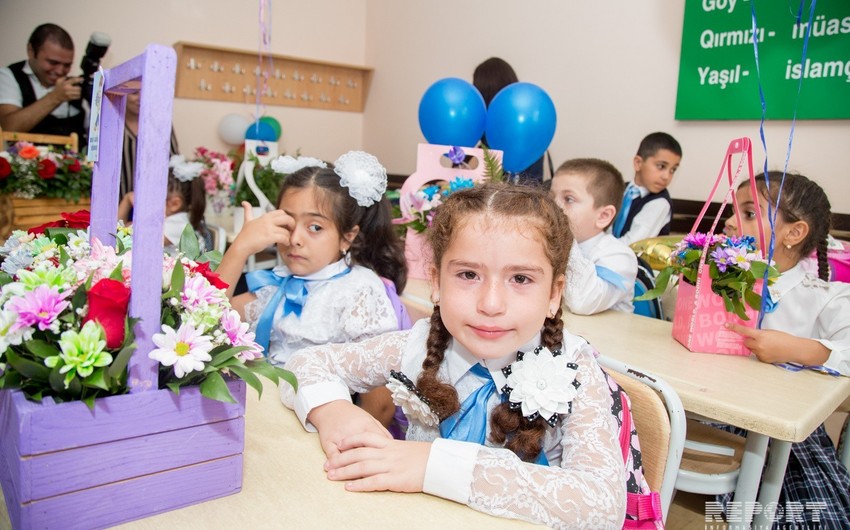 Azerbaijan is celebrating the Day of Knowledge today.

This year, the commissioned 43 schools, of which 20 are new, 8 underwent major overhaul, and 15 are of modular type.

For the 2019/2020 academic year, textbooks and methodological manuals on 322 items in 5,668,865 copies were printed for the 1st to 11th classes of general educational institutions.

108,074 children will be enrolled in preschool groups. For these groups, textbooks and methodological manuals on 3 titles in 168,148 copies were printed.

The first lesson will be devoted to the topic "Sports and Health" in primary school, "Reading is the road to spiritual enrichment" in the 5-9th grades, "Azerbaijan on the path of development" in the 10-11th grades.

According to the amendments to the "Model provision of a comprehensive school" by the Cabinet of Ministers by Decree No. 362 of October 30, 2014, from the 2015/2016 school year, classes begin on September 15 and end on June 14.

In accordance with the decree of President of August 21, 2004, the school year in the country begins on September 15 and this day is celebrated as Knowledge Day.