Author of sensational photo Jalil Najafov: I have always been interested in sharks

Author of sensational photo Jalil Najafov: I have always been interested in sharks Sharks are important to our planet’s ecosystem. I would like more and more people to be interested in their study
105 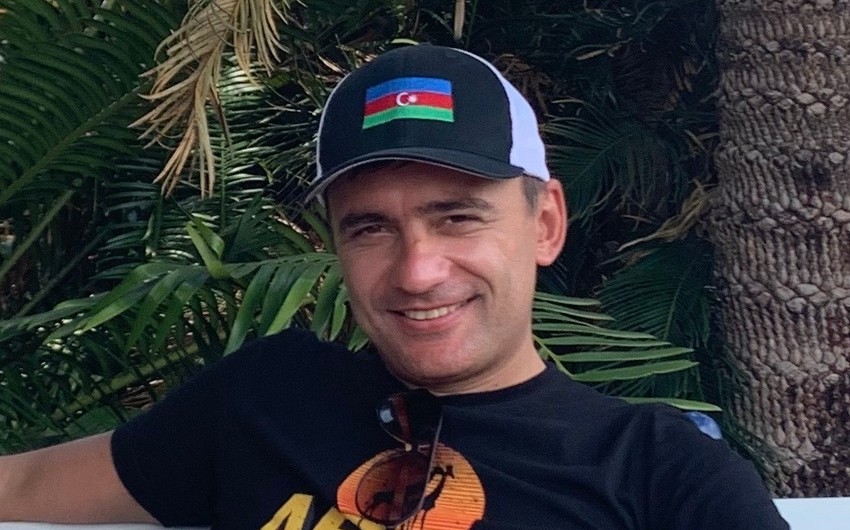 “Sharks are important for our planet’s ecosystem. I would like more and more people to be interested in learning more about them. It would be interesting to dive and take photos of sharks together with other Azerbaijanis,” Azerbaijani photographer and shark filmmaker Jalil Najafov told Report.

Jalil Najafov took a photo of a white shark with a huge bite mark on its side that got viral in the media.

“Sharks have always been interesting to me, which led me to a lot of acquaintances with people working in this field. Over time, I began to immerse myself more in this world. After a while, I just realized that I want to be there and do what the people I followed on social networks did,” he said.

Talking about the footage of a 14-foot white shark that made him famous all over the world, the origin of the scar of which was much debated, he confidently said that it was left as a result of an act of aggression.

“Sharks live in quite harsh conditions. Showing aggression is quite normal for them. They often bral for prey, or brawl during the mating season, and in order to protect themselves from larger species,” Najafov said, adding that before releasing the footage, he also learned the opinions of various experts, all of whom agreed that the star was caused during an attack.

At the same time, it remains unclear how long will it take to this scar to recover, taking into account the rapid regeneration in sharks. According to him, many people believe that this scar could have remained from the shark's juvenile period, but given the speed of wound regeneration in sharks, such a theory is incorrect: “The wound healing process in sharks is very fast. For example, in blacktip reef sharks, wounds are covered with new skin tissue after two months, and after six months they completely disappear under placoid scales.” 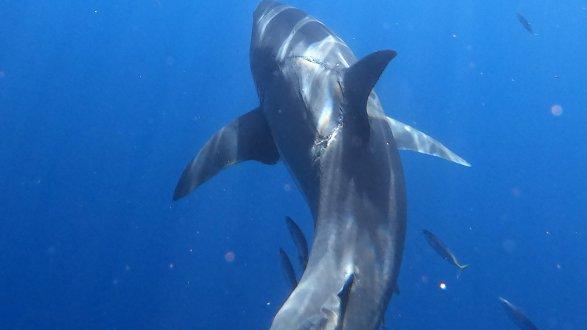 “I think this shark’s scar is about a year old, and it was the result of a bite from another big white shark. It's hard to say what size this shark could have been, we will try to draw a 3D model of the great Deep Blue 20-foot shark [great white female shark] and see what bite size she could leave on a 14-foot shark. Of course, there may be white sharks larger than Deep Blue that have not appeared in front of humans, but I don’t believe in the megalodon story, as many are now publishing it. Unfortunately, we will never know for sure what happened to the Seabatch. One thing is for sure: the bite was massive,” he explained.

Najafov also noted that sharks are very important for the ocean and our planet: “They control the ocean ecosystem, maintain balance, regulate the planet’s oxygen, preventing other fish from overeating plankton, which has always held back climate change.” At the same time, 70 million sharks are killed every year, as a result of which their population has decreased by 70% and does not have time to recover, he said.

“One of the main reasons the sharks are killed is the high demand for shark fin soup in the Far East, China and other countries.While many countries banned shark fishing, the business is still booming. It is also known that sharks are used in various food supplements and cosmetics. Many sharks end up in nets intended for other fish. There is also a demand for shark meat, teeth and liver oil. They grow slowly and have relatively little offspring, which explains their vulnerability,” he concluded.