Snow predicted tomorrow in Azerbaijan The temperature will be +2+4 C at night, +4+6 C in the daytime in Baku and Absheron peninsula. 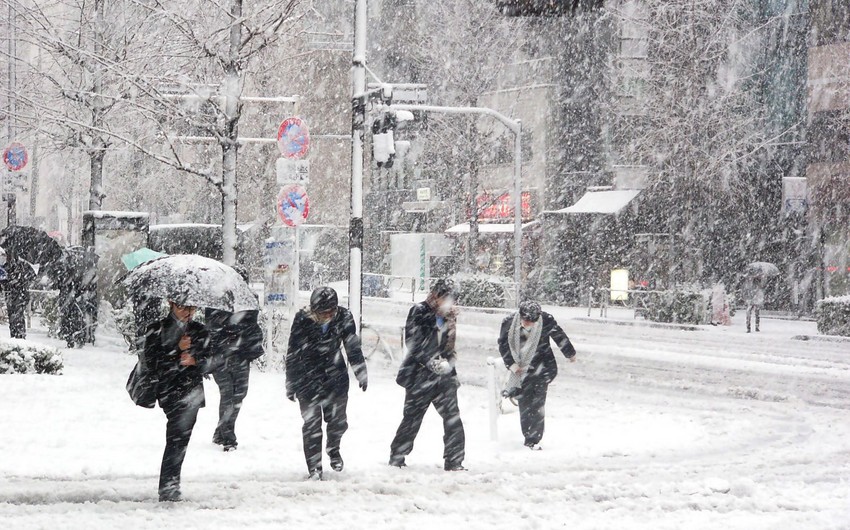 The weather forecast for January 19 has been announced in Azerbaijan. According to the National Hydrometeorological Service, cloudy weather is expected in Baku and Absheron peninsula, drizzle in some places in the morning, the rain will change to snow showers at night.

Mild north-west wind will strengthen occasionally. The temperature will be +2+4 C at night, +4+6 C in the daytime in Baku and Absheron peninsula. Atmospheric pressure will rise from 761 to 769 mm Hg; relative humidity will be 70-80 %.

It is expected to occasionally snow in regions and intensively in some places. It will be foggy at night and in the morning, and the western wind will rise in some areas.

As for the medical and meteorological forecast, from January 19 to 21 in the evening, the weather is expected to change, with occasional rain, wind, and a significant drop in temperature, which is unfavorable for sensitive people.