Last meeting of IV convocation of Milli Majlis began The draft of law " On the suspension of inspections in the field of entrepreneurship," also will be discussed today 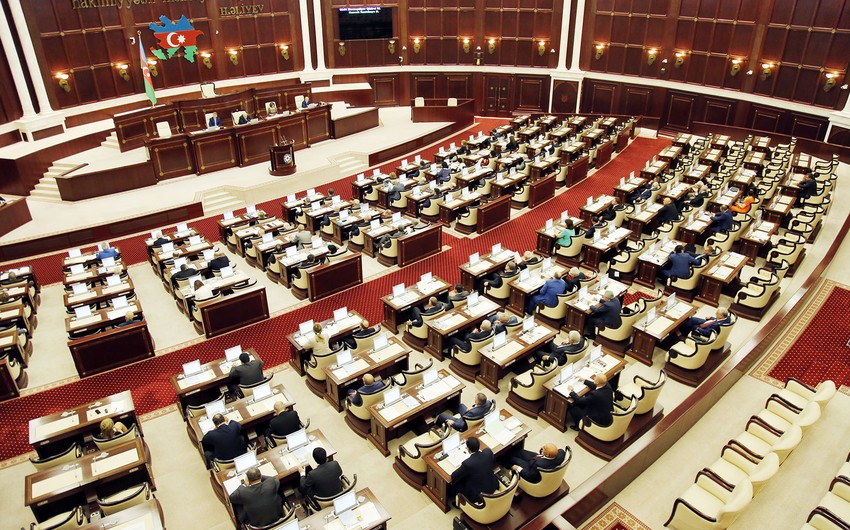 Report informs, the agenda of the meeting includes 33 questions.

In addition, the agenda of the meeting includes approval of signed agreements with several countries, discussion of the estimates of the Milli Majlis and the Chamber of Accountsin 2016.

At the same time, introducing amendments to the Tax, Civil Procedure, Migration, Penal Code and Code of Administrative Violations were considered.

Among the upcoming discussion of the issues are also changes in the appendix to the law "On the municipal territories and lands", "List of municipalities of Azerbaijan Republic", the Law "On State Duty", "On Courts and Judges", "On the transfer of (extradition) persons committed a crime" "On the acquisition of information", "On mass media", "On the Central Bank of Azerbaijan" and "On privatization of state property", "On the road transport", and others.

The draft of law " On the suspension of inspections in the field of entrepreneurship," also will be discussed today.

MM will also consider the appointment of judges in the appellation courts of Baku and Ganja.