Kamal Abdullayev: I know myself as a person ready to learn for a lifetime

Kamal Abdullayev: I know myself as a person ready to learn for a lifetime ANAS House of Scientists held a meeting with academician, works exhibited, film shown on his life and creativity
5208 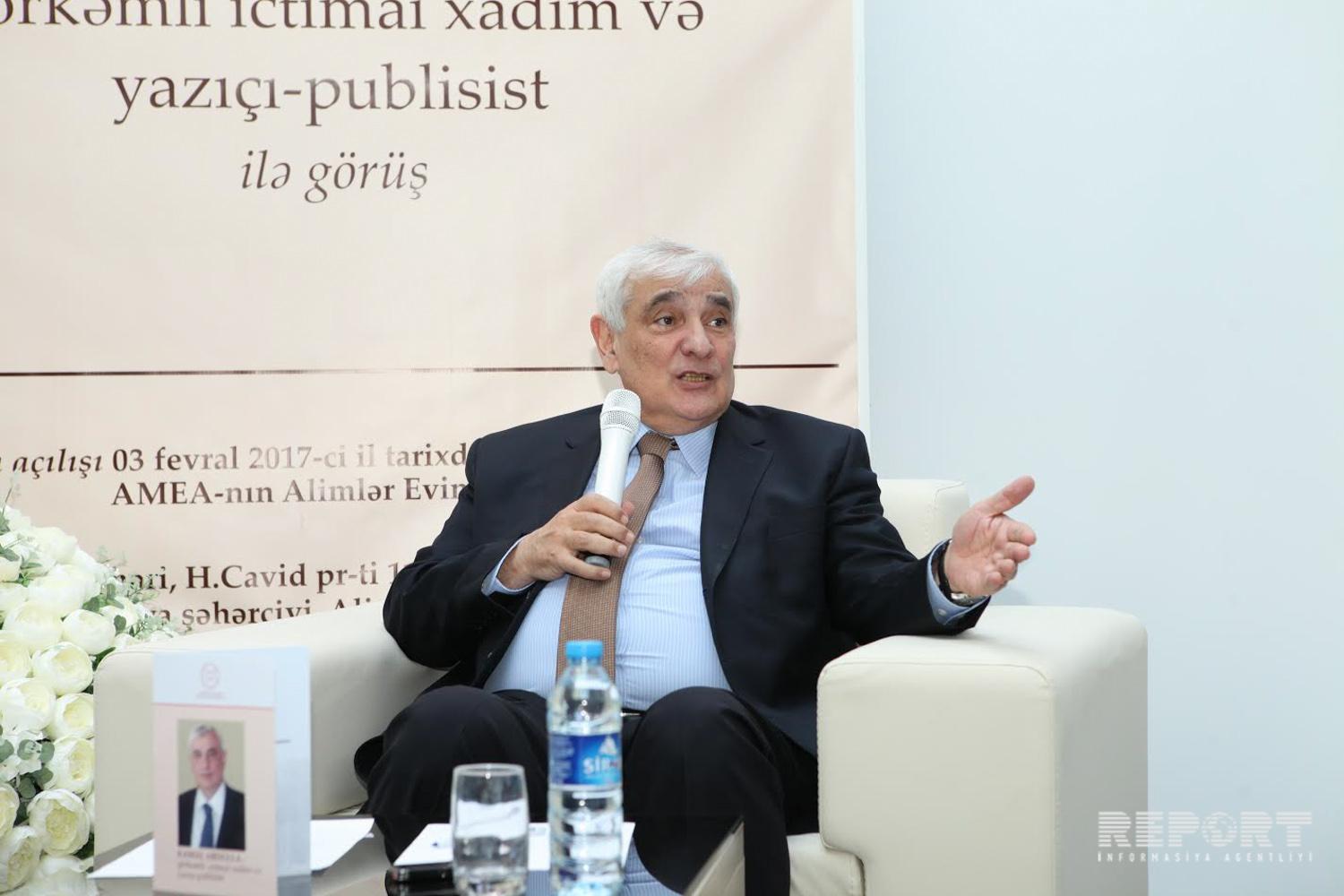 Report informs, the meeting was opened by ANAS Vice President, academician Isa Habibbayli. He said that the House of Scientists will further organize meetings between scientists, prominent intellectuals of Azerbaijan and ANAS scientific community. Noting great interest in creative work by K.Abdullayev, the academician said that his works were translated into Russian, French, English, Turkish, Georgian, Portuguese, Japanese and other languages.

K. Abdullayev said that he always tried to learn not only from his teachers, but also from students: "I know myself as a person ready to learn for a lifetime. I finished school No.190. This school have played an important role in my life". Turcologist Aydin Alakbarov, Director of ANAS Institute of Folklore Mukhtar Imanov made a speeches in the meeting.

Notably, exhibition was organized of works by K. Abdullayev.

In the end, a film about the life and work of K. Abdullayev was shown. 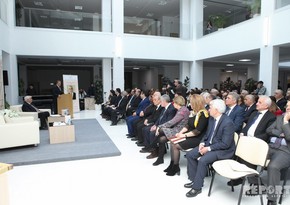 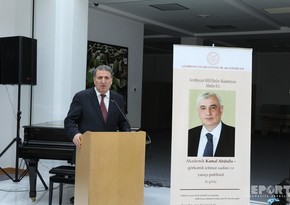 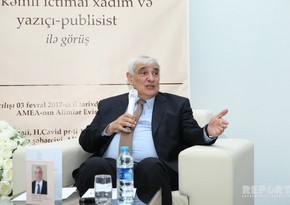