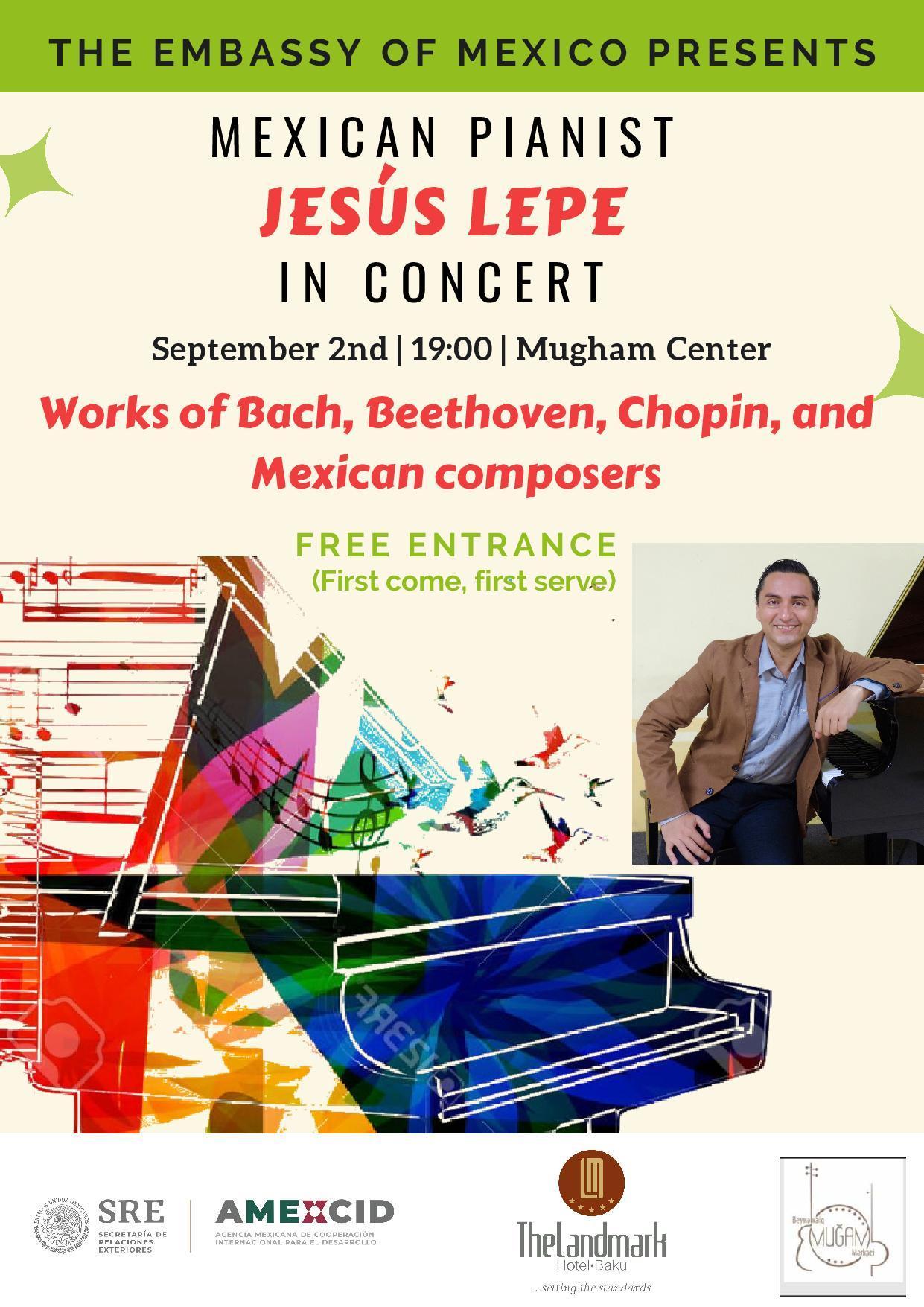 Mexican pianist Jesús Lepe Rico will visit Azerbaijan again in order to present works to the public, whose interpretation technique aroused the audience's admiration. The series of concerts that will take place in various cities in Azerbaijan are intended to contribute to a greater rapprochement between the two peoples and to the knowledge of national culture and art, through the universal language of music, Report informs citing the Mexican embassy to Azerbaijan.

In this way, the pianist will perform in the capital and some cities of the country. His first concert will be held on September 2, at 7:00 p.m., at the International Mugham Center. The inhabitants and visitors of the Azerbaijani capital will have the opportunity to listen to several works by the famous composers Bach, Beethoven, Chopin, as well as some works by important Mexican composers such as Castro and Belisario.

On September 6, Jesús Lepe will perform at the Gabala Culture Center, and on September 11, in the city of Sumgayit.

Jesús Lepe Rico was born in Tampico, Tamaulipas. He studied music at the Autonomous University of Tamaulipas and the Universidad of Veracruz. He was awarded at the national level as an artist of Tamaulipas of the year 2012 and has repeatedly been a fellow at the University of Veracruz and the International Institute for Young Musicians. During his career he has performed as a soloist in numerous stages in Mexico. He is founder and General Director of the International Piano Festival of Papantla. In addition, he works as a performer and holder of the piano class of Municipal House of Culture "Lázara Meldiú" of Papantla de Olarte, Veracruz, from 2011 to date.

The presentations of the Mexican pianist have been possible thanks to the collaboration of the Embassy of Mexico in Azerbaijan and the Mexican Agency on International Cooperation for Development, with Landmark Hotel and the Mugham International Center.

This Diplomatic Representation invites the public to enjoy these cultural events and verify that Mexico and Azerbaijan - are closer.