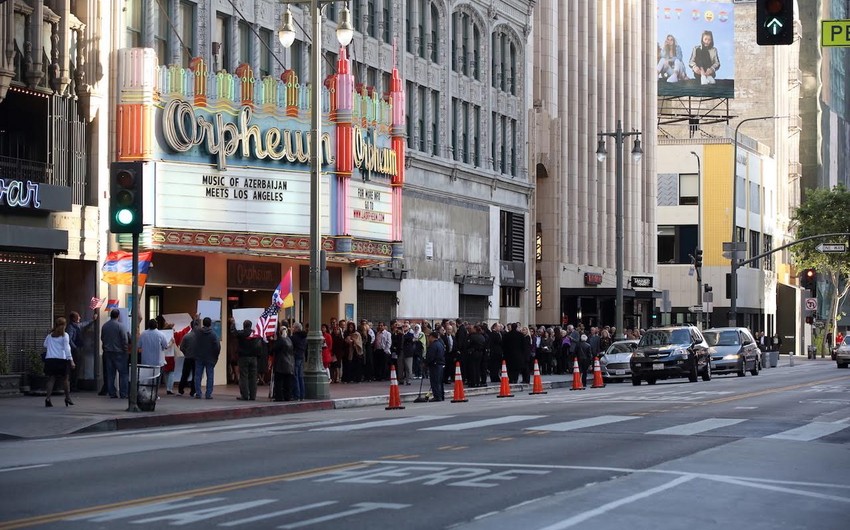 Baku. 9 May. REPORT.AZ/ A concert of Azerbaijani music dedicated to the Founder and National Leader of Azerbaijan Heydar Aliyev was held in Los Angeles on May 6, 2017. Titled “Music of Azerbaijan Meets Los Angeles,” the concert was hosted at the historic Orpheum Theater of Los Angeles.

Held by Azerbaijan’s Consulate General in Los Angeles and supported by the Nasimi District of Azerbaijan’s capital City of Baku, the concert was attended by many elected officials as well as consuls general and honorary consuls of various countries. Altogether close to 2,000 Angelenos attended the concert.

Welcoming the guests in the beginning of the program, Azerbaijan’s Consul General in Los Angeles Nasimi Aghayev spoke of the importance of music and culture in building bridges between peoples and nations. Speaking of the dedication of the concert, Aghayev informed the audience about the extraordinary life path of Heydar Aliyev and his outstanding role and tireless work in the preservation and strengthening of Azerbaijan's independent and sovereign statehood. Highlighting the many difficult challenges the National Leader faced in preserving Azerbaijan's independence and in shielding it from potential fragmentation, and how masterfully he overcame these difficulties, the Consul General said that the memory of Heydar Aliyev would always live in the hearts and minds of the Azerbaijani people. "Continuing the policies set forth by the National Leader, President Ilham Aliyev has taken many measures that have enabled Azerbaijan to undergo a tremendous transformation to become the largest political and economic power in the region and one of the most rapidly developing and modernizing countries in the world," Aghayev added.

Speaking afterwards, the Head of the Executive Authority of the Nasimi District Asif Asgarov shared his remarks about Heydar Aliyev, his comprehensive strategy for the development of Azerbaijan as an independent nation as well as the importance of enhancing people-to-people contacts between Azerbaijan and the United States through arts, music and culture.

Following the remarks, a video slide-show that was prepared by Azerbaijan’s Consulate General reflecting the life of Heydar Aliyev was shown.

The concert was received with much applause and standing ovations.

It should be noted that some radical Armenian lobby organizations of Los Angeles tried through various means to prevent this evening of music and culture from taking place. However seeing the blatant failure of their efforts, the lobby held a protest action in front of the Orpheum Theater on the day of the performance. The protest action was massively ignored by the attendees of the concert, resulting in another major and disgraceful fiasco of the Armenian lobby in Los Angeles. 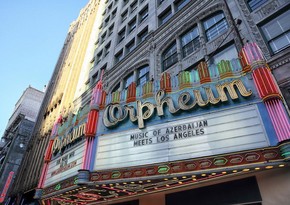 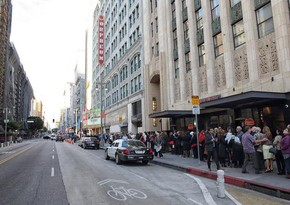 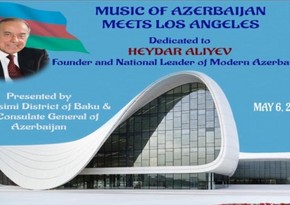 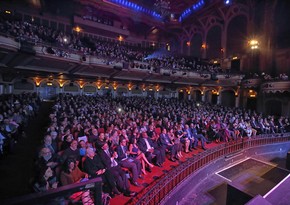