Ambassador: We plan to hold Indian films festival in Baku soon 'We conduct works for participation of famous Indian actors in festival'
594 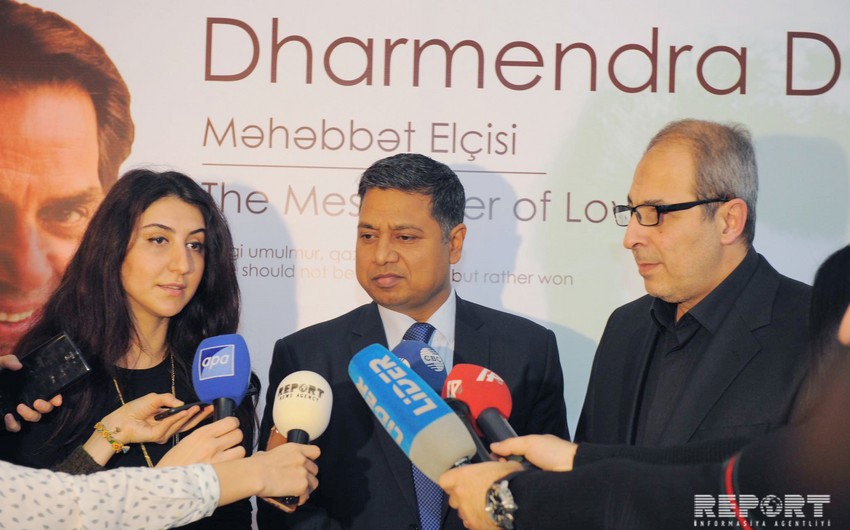 Baku. 27 December. REPORT.AZ/ "We plan to hold Indian Film Festival in Baku in next 2-3 months".

According to him, currently, works underway on translation of the film Dharmendra - Ambassador of Love into Indian: "Maybe the presentation will create a basis for the beginning of the Indian Film Festival. During this period, we should acquire Indian films with subtitles into Azerbaijan and then to hold the festival. We conduct works for participation of famous Indian actors in festival. Time will show who will come".