Turkish expert: In Euphrates Shield we brought terrorists to knees, in Olive Branch we will uproot them

Turkish expert: In Euphrates Shield we brought terrorists to knees, in Olive Branch we will uproot them 'The continuation of huge energy projects is linked to this'
329 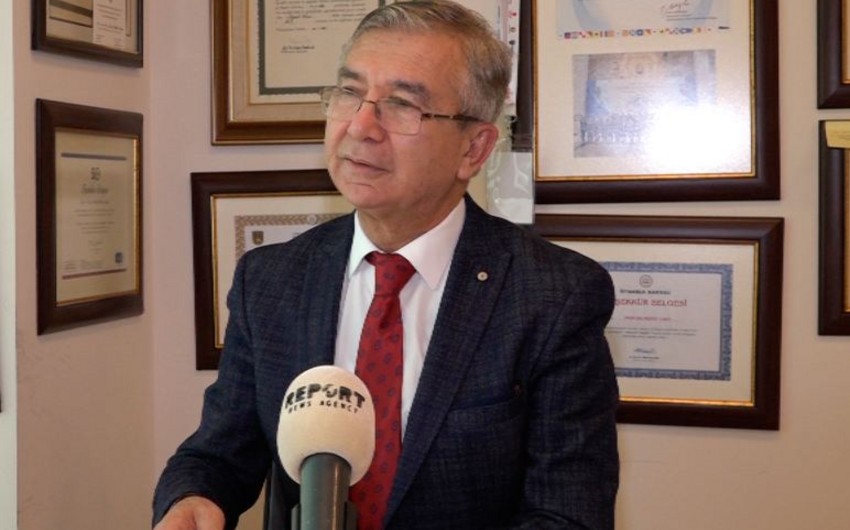 The international political expert, professor, Dr. Mesut Hakkı Çaşın told the Turkey bureau of Report News Agency. According to him, long-term processes at Turkey-Syria border have created a basis for the Olive Branch operation: “Nearly 700 armed assaults have been registered in Syria's border with Turkey. Official Ankara has repeatedly warned before the start of Operation Olive Branch, but the allies did not take into account Turkey's concern. As a result, the parliament decided to launch antiterrorist operation in Syria's Afrin region by Turkish Armed Forces. Because Turkey could not allow the establishment of a terrorist corridor on its borders with Syria and it gave a message regarding this during the Euphrates Shield operation in August last year. Actually, in Euphrates Shield operation Turkish Armed Forces brought terrorists to knees, in Olive Branch they will uproot them”.

Expert said that, The United States and Russia are having dispute over inheritance in Syria today; “During 1936-1939 years, civil war in Spain is clear example. At that time, one of the sides was given weapon by Germans and the other by allies. As a result, ten thousand people become victims of civil war.

Today, France wants to join the game as one of those trying to find a way out of the crisis in Syria by taking advantage of the UN card.

However, nobody asks why the United Nations being a guilty is silent in this case. Turkey, Russia and Iran have already started the Astana process to resolve the crisis in Syria. After the demand in Sochi for ceasefire and then suspension of arms supplies to terrorist groups the pressure of the PKK’s terror branch in Syria has increased in Turkey. Turkey has improved relations with Russia during this period and as a result successfully developed its cooperation with official Moscow then started Operation Olive Branch. This operation was launched with 72 aircrafts of Turkish Air Force. During the Operation Olive Branch Turkey has also demonstrated the strength of its military industry. Tanks, guns and F-16’s used in military operations are made in Turkey. The Turkish Armed Forces, along with the Free Syrian Army, have cleared up to 30 kilometers from the terrorists and progressing. Now, the target is to capture a military air base.

It will also be possible to eliminate any threat from the air with the installation of the radar system”.

Mesut Hakkı Çaşınstated that taking into account Article 51 of the UN Convention, Turkey has the right to protect its borders: "Turkey is fighting against terrorist groups in Syria, not the army. This is a legal operation. Some tried to put the idea that it was directed against the Kurds, but their intentions did not come true. Look, all measures are taken to prevent civilian casualties, including Kurds living in that area. Afrin, in general, has been mined by the terrorists and tunnels have been drilled. The modern military equipment used by Turkey is very accurate for the detection and destruction of these weapons”.

Expert believes, it is important for Turkish Armed Forces to show their power: "Because of the attempted coup d'etat on July 15, 2016, they tried to disseminate Turkey's weakened, collapsed image. However, Turkey in the real sense of the word has given a true lesson to these foreign and internal forces.

Unity of Turkish people at such a sensitive moment and moral support for their military created very nice atmosphere.

Therefore, Turkey will strategically win this military operation. As President Recep Tayyip Erdoğan said in a telephone conversation with US President Donald Trump, we are committed to not to return until the region is cleared of terrorists. Peace will win this fight, but this peace will be realized not by the United Nations, but by the faith and courage of Turkey, its army, military and people”.

said one of the goals of great powers and terrorists is to disconnect Turkey’s relations with Russia and the Caucasus in Black Sea and prevent them from playing the role of the Energy bridge:

Turkey's energy line passes through Baku-Ceyhan, Kirkuk-Yumurtalık and Iskenderun. There are forces that are strategically aiming to capture energy markets in east of Mediterranean and the Caucasus. But Turkey will never allow it, because it is Turkey's heart. Our energy is coming from there and this is the door of fraternal Azerbaijan and other Central Asian republics, Turkmenistan and Kazakhstan to the world market. Turkey will keep this door open as long as it exists. Access of Azerbaijan and Turkey to the world market and the continuation of huge energy projects such as TANAP by both countries is linked to this. Turkey will be safely maintaining its role as an energy market”.